Download McLaren 675LT car wallpapers in 4K for your desktop, phone or tablet. All images belong to their respective owners and are free for personal use only. 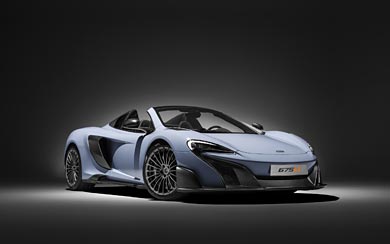 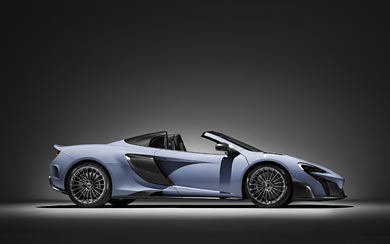 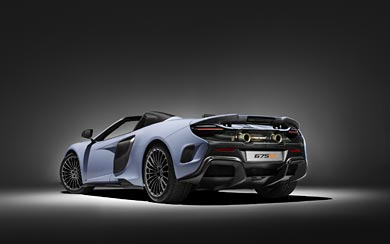 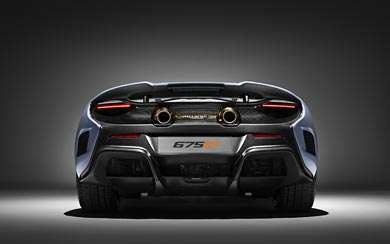 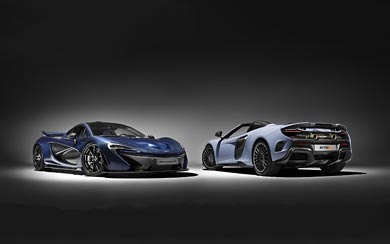 Making its public debut at the Geneva Motor Show, the 675LT Spider is limited to only 500 examples worldwide, with each model already accounted for. The team at MSO has developed a one-off example of the track-honed Spider finished in Ceramic Grey from the MSO Defined range with even greater levels of carbon fibre than the standard model.

The satin carbon fibre retractable hardtop and tonneau can be operated at speeds up to 40km/h (25mph) and saves 1kg, while the front wings include carbon fibre louvres. The ‘Longtail’ Airbrake is finished in body colour on the upper surface with the lower plane shows the natural carbon fibre weave, while the aerodynamic front bumper end plates, side skirts, side intakes and rear bumper are also finished in visual carbon. A pair of black Alcantara trimmed racing seats include contrasting Xenon Yellow contrast stitch with the rotary Handling and Powertrain controls on the Active Dynamics Panel finished in Solis, a unique colour to the 675LT Spider. The gold detailing is also visible through the exposed engine bay with a 24-carat gold heatshield around the titanium exhaust system.