Download Mercedes CLK car wallpapers in 4K for your desktop, phone or tablet. All images belong to their respective owners and are free for personal use only. 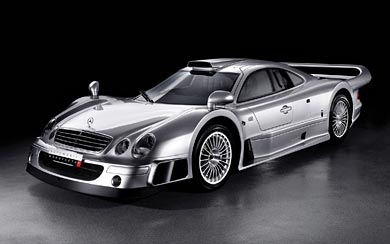 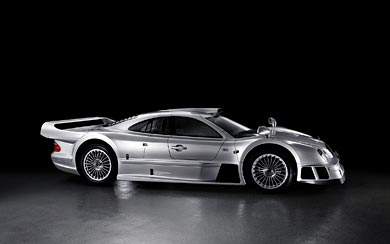 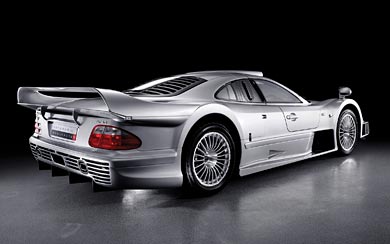 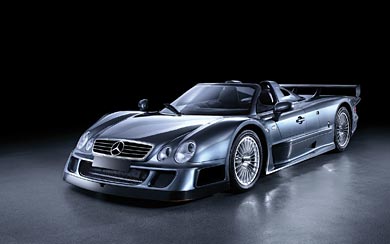 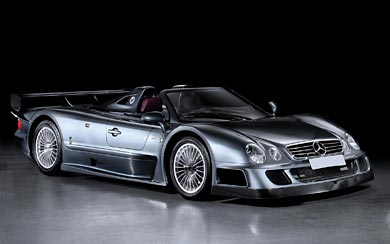 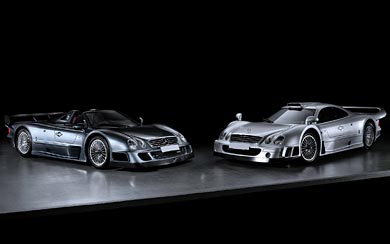 The Mercedes-Benz CLK GTR is a sports car and race car that was built by Mercedes-AMG, performance and motorsports arm of Mercedes-Benz. Intended for racing in the new FIA GT Championship series in 1997, the CLK GTR was designed primarily as a race car, with the road cars necessary in order to meet homologation standards being secondary in the car’s design. Thus the limited production road-going cars were considered racing cars for the road.

After competing successfully in 1997, the race car was upgraded in 1998 for the 24 Hours of Le Mans and renamed the CLK LM. Following the construction of the CLK LMs and the CLK GTR road cars, the project would end in 1999 by being replaced by the Mercedes-Benz CLR Le Mans prototype.

Even though the FIA GT1 class was cancelled for 1999, Mercedes was obliged to finally deliver the required 25 road cars they had promised. An initial road car was built in 1997 in order to meet initial FIA requirements, but this car was retained by Mercedes. For the other 25 road cars, each was built by AMG at the Affalterbach factory between winter of 1998 and summer of 1999 and differed only slightly from the race car. All of the 25 CLK GTRs ever built were left hand drive except for one. Driver comfort and refinements were at a minimum in the construction of the road cars as Mercedes-Benz wished to not only offer customers a true race car, but also to attempt to keep the price low.