Download Mercedes CLS car wallpapers in 4K for your desktop, phone or tablet. All images belong to their respective owners and are free for personal use only. 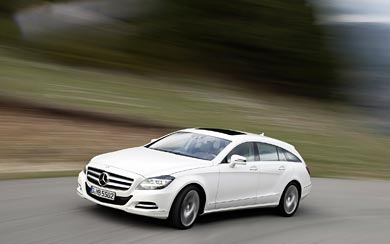 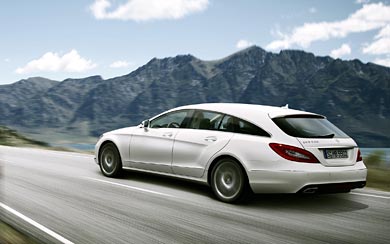 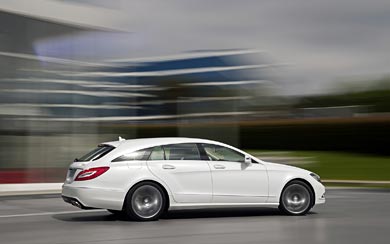 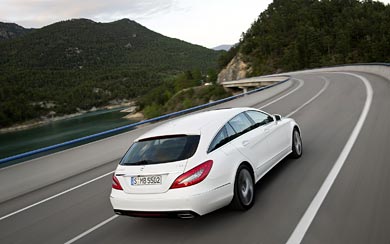 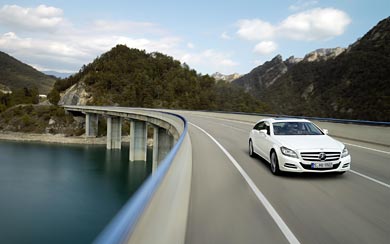 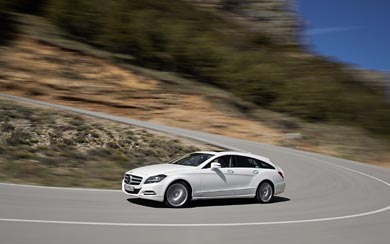 The new Mercedes-Benz CLS Shooting Brake makes its mark with a creative design concept that underscores its leading role in the design field: while unmistakably coupé in its proportions, the new CLS opens up a wealth of new possibilities with five doors and a roof extending back all the way to the rear end. As such, the new Shooting Brake represents an innovative development of the four-door coupé concept, which was successfully introduced with the first CLS in 2004 and has since provided the template for numerous copycat designs. The result is automotive independence at its most beguiling.

Surprising yet unequivocally coupé, the Mercedes-Benz CLS Shooting Brake’s proportions create a crouched posture, as if the vehicle were poised to make a leap: long bonnet, narrow window profile with frameless side windows, roof sloping dynamically towards the rear and continuing to the tail end of the vehicle. It is only when taking a second look that it becomes clear that the Shooting Brake actually has five doors and offers more in terms of function.

In essence it represents an unprecedented version of a sports car with five seats and a large tailgate. It is a special proposition for people looking to differentiate themselves from the mainstream, and who do not wish to compromise on either sportiness or stowage space when it comes to travelling in style. The Shooting Brake is a further highlight in the innovative luxury vehicle series from Mercedes-Benz and, like the CLS Coupé, has the potential to become the role model for a new market segment.