Download Mini Countryman car wallpapers in 4K for your desktop, phone or tablet. All images belong to their respective owners and are free for personal use only. 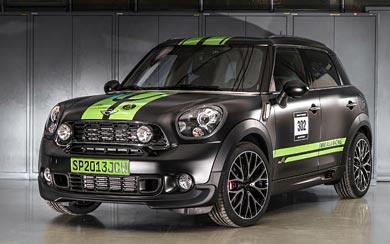 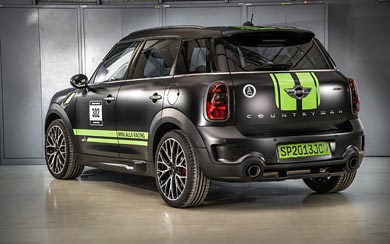 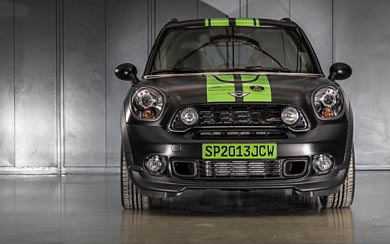 MINI and John Cooper Works have launched this special-edition model to celebrate their triumph in the Dakar Rally 2013, the French duo of Stéphane Peterhansel and Jean-Paul Cottret piloting their MINI ALL4 Racing to overall victory in the world’s toughest rally event for the second year in a row. The MINI John Cooper Works Countryman ALL4 Dakar Winner 2013 is a limited-edition tribute to its rally inspiration – 11 examples of the car will be built, reflecting Peterhansel’s 11 Dakar wins. Exclusive design and equipment features showcase both the thrill of title-winning race performance and the euphoria surrounding this latest Dakar victory with authentic élan.

The new special edition is based on the MINI John Cooper Works Countryman, the brand’s first model to combine race-bred powertrain and chassis technology with the all-wheel-drive system that has just proved its mettle once again in rally action. ALL4 serves up optimum traction and directional stability in all weather and under-wheel conditions, not to mention providing a noticeable increase in agility through dynamically taken corners. And it wasn’t only in the MINI ALL4 Racing that this variable distribution of power between the front and rear axle maintained irresistible forward-surging momentum in the Dakar Rally 2013: ALL4 also enabled the MINI Countryman support vehicle for the successful Monster Energy X-raid Team to carve an entertaining yet reliable passage through the 14 stages from the Peruvian capital Lima to Santiago de Chile.