Download Mitsubishi Magna car wallpapers in HD for your desktop, phone or tablet. All images belong to their respective owners and are free for personal use only. 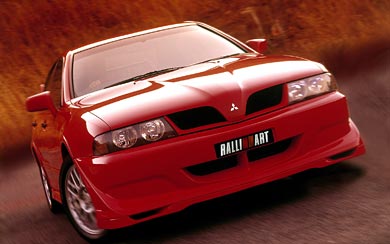 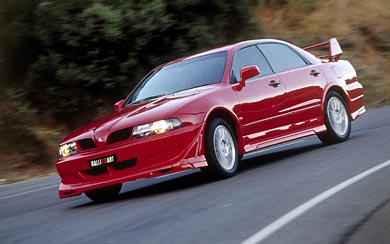 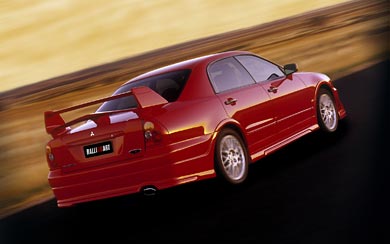 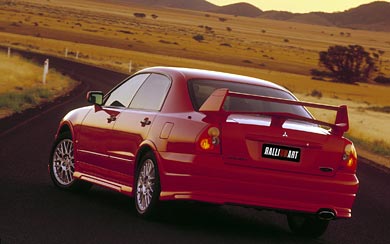 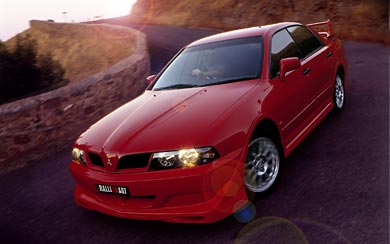 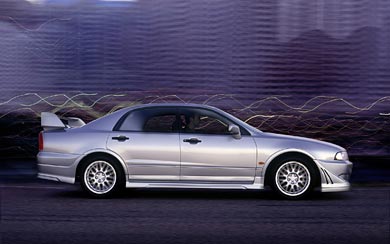 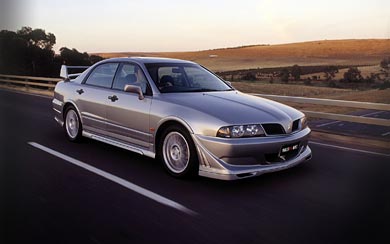 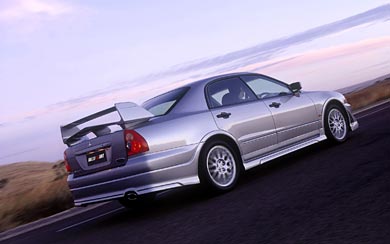 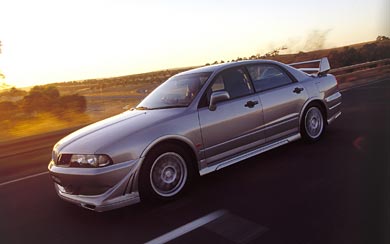 The Ralliart concept in sedan form only, was a further development of the VR-X and the most powerful Magna ever designed to leverage off Mitsubishi's World Rally Championship exploits. In fact, its overall styling was based on the legendary Mitsubishi Lancer Evolution range, in particular the front bumper bar (void of any fog lights) and its bi-plane deck lid spoiler inspired by the limited edition Lancer Evolution VI TME (the rest of the body kit included carry-over VR-X wheel arch extensions plus unique side skirts and squared-off chrome exhaust tip). Among other things, in prototype form, Magna Ralliart was said to feature AWD, Recaro front seats, MOMO steering wheel and gear levers as part of a loud black and bright red interior. 500 individually numbered Ralliart models had been planned.

The engine was a reworked version of the 6G74 design fitted to Magna Sports and VR-X, but now generating 180 kW thanks to a more aggressive cam profile, modified head and combustion chamber, remapped ECU and a modified Magna VR-X exhaust system – featuring stainless-steel extractors by HM Headers and larger muffler in the centre pipe. Ralliart was available with either a five-speed manual or five-speed automatic transmission.