Download Mitsubishi XR-PHEV Concept car wallpapers in HD for your desktop, phone or tablet. All images belong to their respective owners and are free for personal use only. 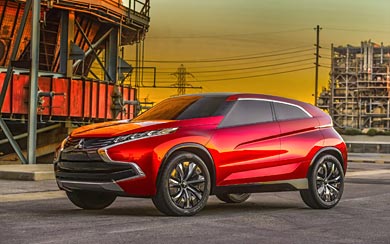 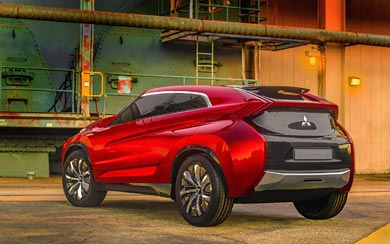 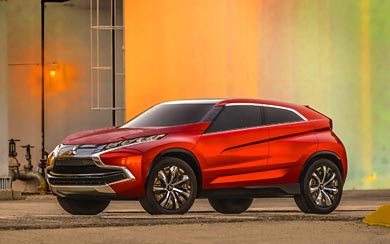 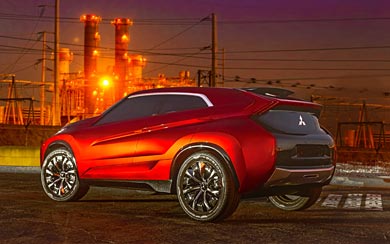 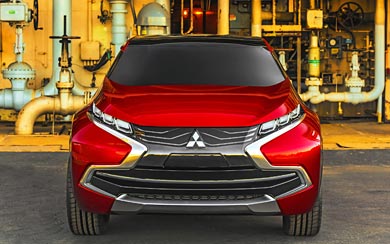 The Mitsubishi XR-PHEV Concept is a futuristic next-generation compact crossover that blends the functionality of an SUV, the dramatic, eye-catching appeal and performance of a sports coupe and the drivetrain of a plug-in hybrid electric vehicle (PHEV) into one.

The stylized and modern driver-focused cabin is highly refined, technologically-advanced and comfortable for all of the vehicle’s occupants. In addition to its futuristic design both inside and out, the Mitsubishi XR-PHEV Concept features a host of next-generation active safety system technologies and its eco-friendly PHEV drivetrain offers sports car-like performance and exceptional fuel economy because of its Mitsubishi innovative Electric Vehicle (MiEV) technology.

MiEV technology is showcased in Mitsubishi’s production cars including the highly innovative 100% electric-powered Mitsubishi i-MiEV – the most affordably-priced EV available in America today – and the Mitsubishi Outlander PHEV that is proving popular with both consumers and the media overseas. Mitsubishi’s MiEV technology is also the driving force behind the 100% electric-powered Mitsubishi MiEV Evolution III race cars that dominated the competition in the famous Pikes Peak International Hill Climb, shattering the EV class record by 38 seconds and finishing second and third overall.