Download Nissan EXA car wallpapers in 4K for your desktop, phone or tablet. All images belong to their respective owners and are free for personal use only. 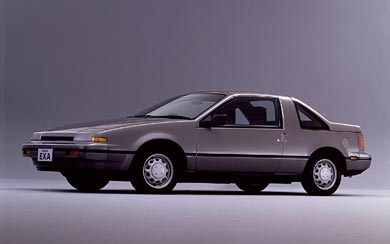 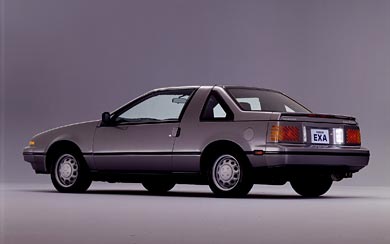 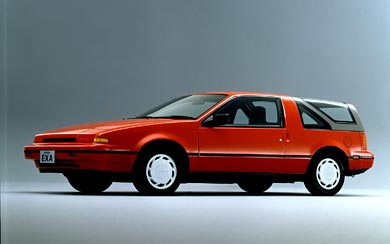 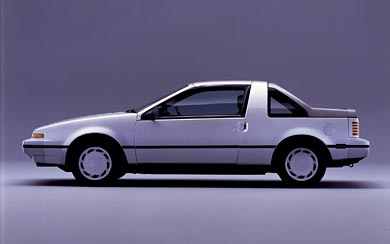 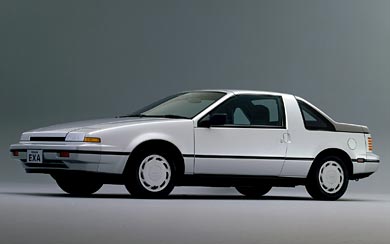 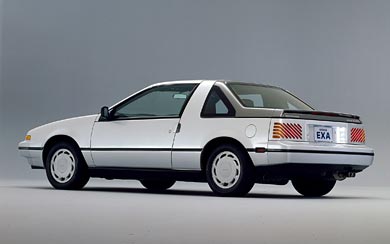 Marketed in Japan as the EXA and in North America as the Pulsar NX, the N13 offered a flexible hatchback design that could accommodate two distinct hatchbacks: a coupé hatch door or a hatchback more akin to station wagon or shooting brake, marketed as the Sportbak. The EXA/Pulsar could also be driven without either rear hatch as well. The design was conceived largely at the Nissan Design Institute in North America and shared styling cues (prominently, the rear side window angle) with the contemporary two-door Nissan Pathfinder/Terrano (WD21) SUV. The EXA/Pulsar NX featured the CA16DE engine.

In Australia, the Series 1 EXA (1986–1987) came with the CA16DE, vinyl rear seats, front vented disk with rear drum brakes, and power steering. The Series 2 EXA (1988–1989) featured the CA18DE and cloth rear seats. There were also two GP versions of the S2 EXA made. 45 white GP edition vehicles were specially made for the celebrity race at the Adelaide Grand Prix in 1988. They had all the features of the Series 2, but also had Pulsar SSS wheels, build numbers on a badge in the dash and a factory roll cage which was removed after the race. The 1989 GP featured all the same features of the Series 2 EXA. They also had the Pulsar SSS wheels, a more aggressive front bumper, and build numbers on a badge in the dash. All 200 89 GPs made were red. The Series 3 (1990–91) EXA added rear disc brakes, improved seats and optional power windows.