Download Nissan Z Concept car wallpapers in 4K for your desktop, phone or tablet. All images belong to their respective owners and are free for personal use only. 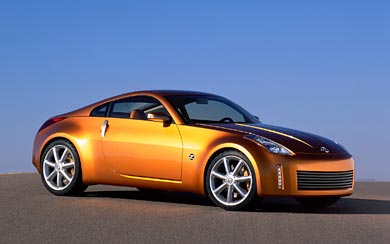 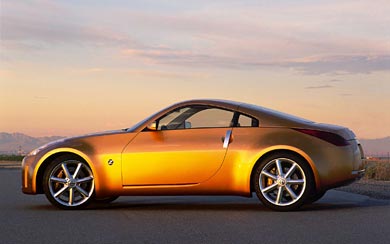 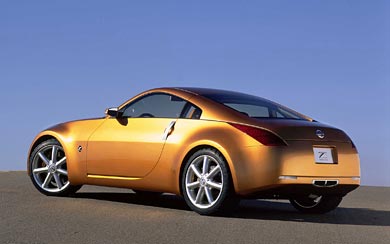 In Nissan’s sporty heritage, one letter stands out above all else – the letter Z. The long-awaited Z Concept makes its European debut this year in Geneva. The first hints to the possibility of a new Z car came with the Z Concept styling exercise which appeared on the North American Auto Show circuit in 1999. It was presented as an initial styling and feasibility study, and was so enthusiastically welcomed by the public and the media that Nissan immediately began to explore the next steps towards a production reality.

The 2001 Z Concept has moved on from the 1999 version. That had stronger visual links with the original, 1970s 240Z. The 2001 Concept is Nissan’s expression of a truly contemporary sports car – more forward than backward looking, while reflecting both the fine Z heritage and Nissan’s new design spirit – characterised by a blend of emotion and technology.