Download Nissan Sentra car wallpapers in 4K for your desktop, phone or tablet. All images belong to their respective owners and are free for personal use only. 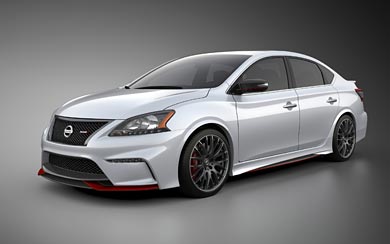 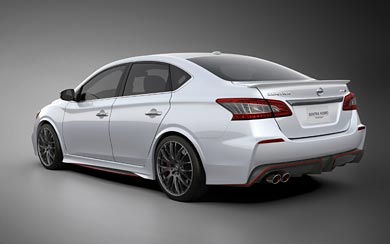 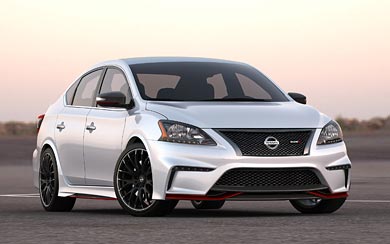 As Nissan expands its Nismo line of factory performance models, it is revisiting the small car performance genre and teasing the future with the 2013 Los Angeles Auto Show world debut of the Nissan Sentra Nismo Concept.

The Sentra Nismo Concept is built on the solid foundation of the latest generation Nissan Sentra, which offers an outstanding balance of premium style, innovative technology and fuel-efficient performance. The concept injects performance and design tuner elements into the mix. Among the Sentra Nismo Concept’s many departures from a production 2014 Sentra are its race-inspired exterior with enhanced aerodynamic performance, Nismo-tuned suspension, steering and transmission and engaging motorsports-style cockpit. And under the hood, the concept adapts a 1.8-liter direct injection turbocharged engine producing more than 240 horsepower and 240 lb-ft of torque, mated to a 6-speed manual transmission.

“Fans have asked that we bring back a high-performance Sentra straight from the factory, just like in generations past,” said Nissan Vice President of Product Planning, Pierre Loing. “With Nismo, our in-house motorsports arm already producing versions of the 370Z Nismo, Juke Nismo, Juke Nismo RS and upcoming GT-R Nismo, we wanted to demonstrate where we could go in the future.”