Download Renault Twingo RS car wallpapers in HD for your desktop, phone or tablet. All images belong to their respective owners and are free for personal use only. 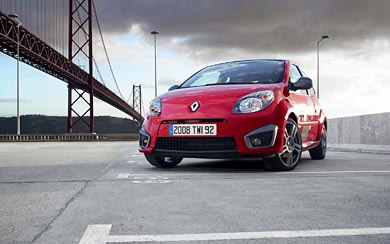 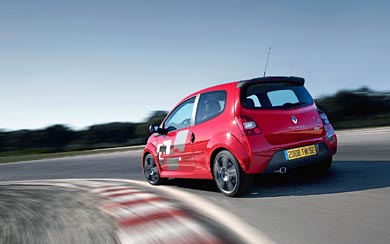 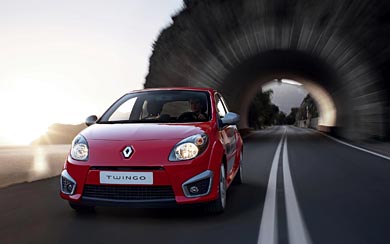 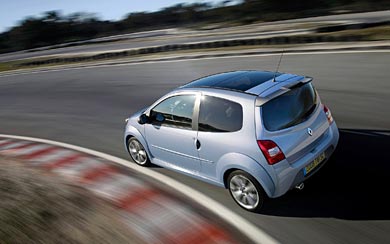 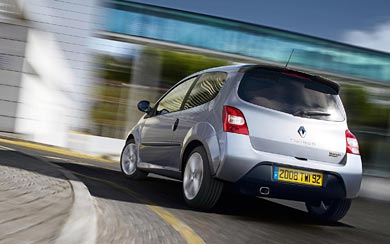 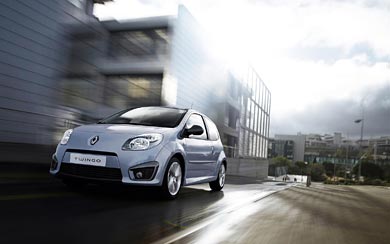 Renault Twingo RS is a high-performance, affordable entry point into the Renault Sport range. It was unveiled in Boulogne-Billancourt, near Paris, France, on January 31 by the drivers of the ING Renault F1 Team. Compact proportions and sharp styling echo the Renault Twingo Concept show car which was a star of the 2006 Paris Motor Show. The Renault Twingo’s distinctive looks have been made more athletic thanks to wider front and rear wings, sculpted side skirts and an aerodynamic spoiler which all point to the car’s sporting character. Inside, the cabin has been tailored for focused sports driving, with a number of specific details unique to this model: Renault Sport seats featuring enhanced lateral support, aluminium pedals, a leather steering wheel and a specific rev counter.

Renault Twingo RS is powered by a normally aspirated 1.6 litre 16V engine developed by Renault Sport Technologies. The engine pumps out 133hp (98kW) at 6,750 rpm with 160 Nm of torque at 4,400 rpm. The unit’s punchy character is reinforced by the aggressive engine note, which has been the focus of specific development. The four-into-one exhaust is a technological marvel, striking a perfect balance between acoustics, performance and emissions.