Download Subaru Impreza 22B STI car wallpapers in HD for your desktop, phone or tablet. All images belong to their respective owners and are free for personal use only. 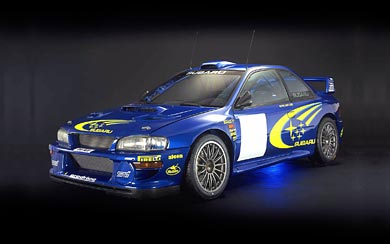 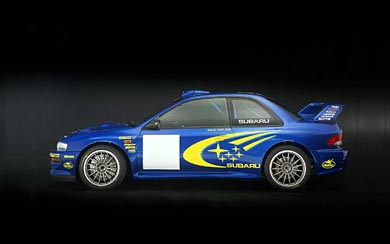 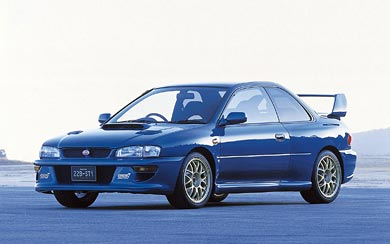 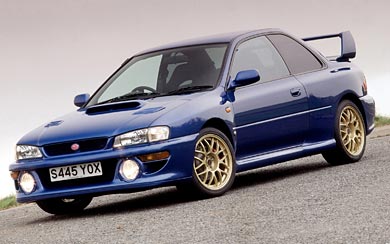 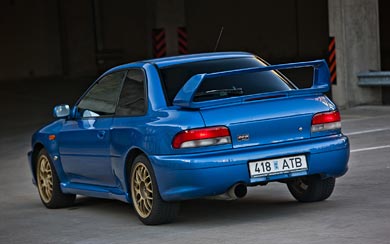 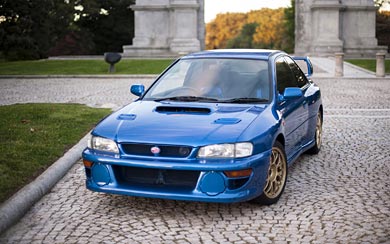 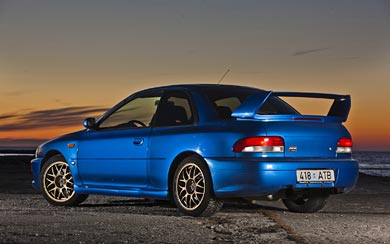 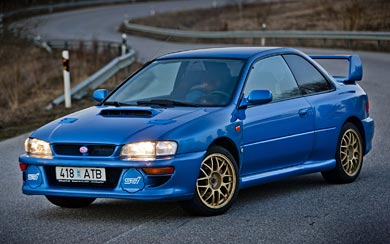 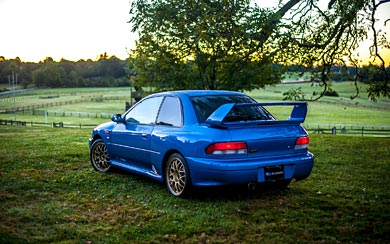 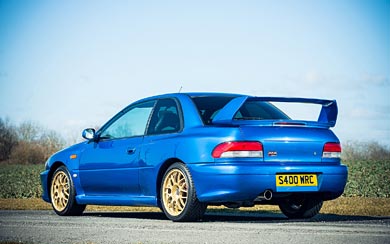 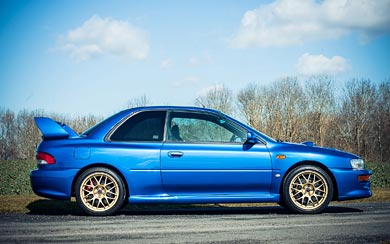 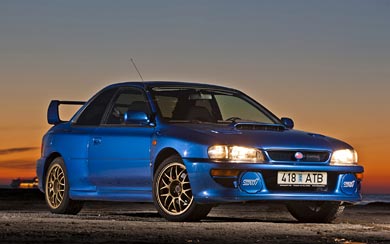 In 1998, Subaru of Japan produced a widebody, coupe WRX STI called the “22B STI” produced between March and August 1998. The 22B was used to commemorate both Subaru’s 40th anniversary as well as the third consecutive manufacturer’s title for Subaru in the FIA World Rally Championship. On the release of the sales, all 400 Japanese units sold out in from 30 minutes to 48 hours, depending on the report. Another 24 were produced for export markets—16 for the UK, along with another 5 for Australia, and 3 prototypes. The 16 cars imported to the UK were modified by Prodrive, with longer gear ratios, and UK specification lights. Because 50 22Bs had already been imported privately into the UK, Subaru had to wait until 1999 to register the 16 officially imported cars under the VCA’s Single Vehicle Approval scheme.

The 22B had the EJ22 engine (note, the internal Subaru material states the closed-deck block comes from a V3 EJ20G). This means the displacement was increased from 1994 cc to 2212 cc. Officially, it produced 280 PS (206 kW; 276 hp). This car was given a unique color of blue and had fender flared widebody taken from the Peter Stevens designed WRC car, thus widening the width by 80 mm (3.15 inches). The car has a unique hood, front and rear fenders, a WRC-inspired front bumper and a unique adjustable rear wing. During assembly, a WRX Type R chassis was taken off the line. The fenders were replaced with the 22B STI fenders. The suspension is provided by Bilstein, while the brakes were four-pot front/two-pot rear STi calipers, painted red. The wheels were increased in size from the standard WRX Type R STI from 16- to 17-inches and the clutch was upgraded to a sintered twin clutch with a ceramic disk. The origin of the name 22B has been debated. Most assume 22 referred to the 2.2 liter displacement and the B was for the Bilstein suspension. This would correlate with the idea that Subaru sells a Legacy Spec B, where the B represents the Bilstein suspension. The car’s curb weight is 1,270 kilograms (2,800 lb).