Download Toyota Tacoma car wallpapers in HD for your desktop, phone or tablet. All images belong to their respective owners and are free for personal use only. 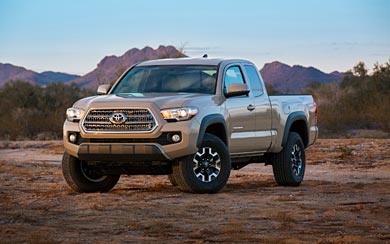 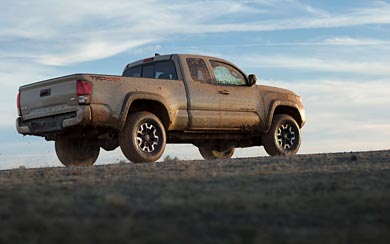 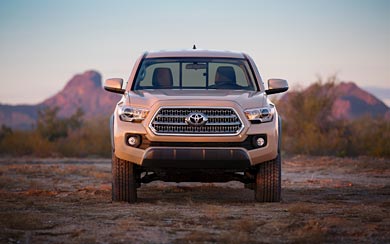 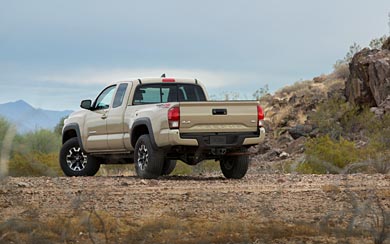 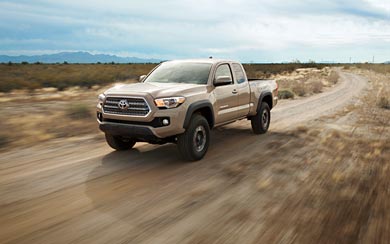 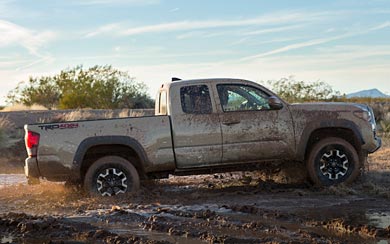 Whatever the terrain, Tacoma is king of the hill. Rebuilt inside and out with an all-new powertrain and enhanced suspension tuning, America’s best-selling mid-size pickup for ten years running is Lord of the Rigs for dirt stomping adventurers. With a legacy of off-road victories and over seven million units sold since 1964, Toyota revitalizes the midsize truck segment with the introduction of the all-new 2016 Tacoma.

The new Tacoma will be powered by a 2.7-liter four-cylinder engine and an all-new, segment-first 3.5-liter Atkinson cycle V6 equipped with Toyota’s D-4S technology, featuring both direct and port fuel injection. Both engines will be paired to a new six-speed automatic transmission with electronic shift delivering quick and easy shifting. The V6 can also be mated to a new six-speed manual transmission. The new powertrain makes the Tacoma more powerful and fuel efficient than ever before.

Serious, yet fun! This is the Toyota truck design DNA. The Tacoma and Tundra are amazingly capable trucks that are designed to reflect their capability. The Tacoma shares big brother Tundra’s more chiseled face, with a hex grille. From there, Tacoma expresses its own identity. Inspired by desert racing, CALTY designers in Newport Beach, Calif. and Ann Arbor, Mich. made the new Tacoma all about recreational action and athletic agility. To achieve this, the new Tacoma’s wheel flares are strong and muscular for greater wheel travel and the high-lift image reflects its purposeful capability. Four new wheel designs range from 16 to 18 inches.