Download Alfa Romeo Disco Volante Touring car wallpapers in 4K for your desktop, phone or tablet. All images belong to their respective owners and are free for personal use only. 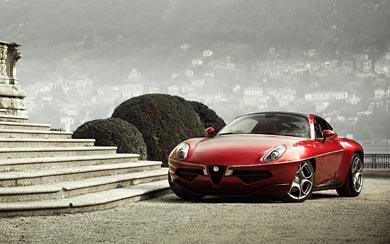 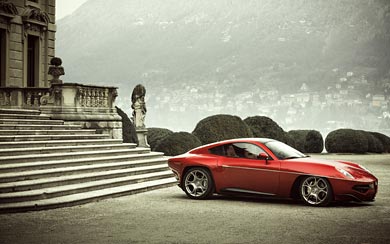 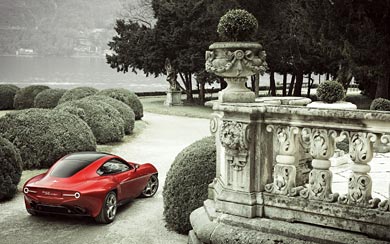 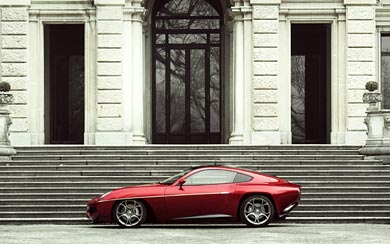 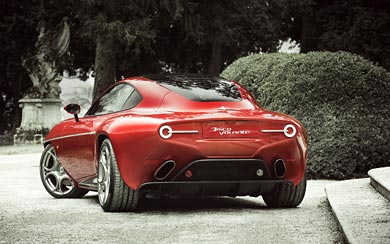 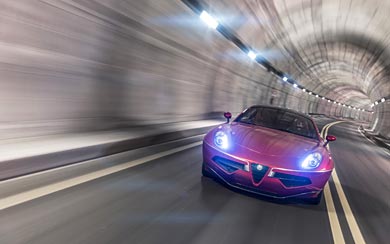 Following the introduction of the full-scale styling model in 2012, Touring Superleggera is proud to present the first production model of the iconic Disco Volante at the 2013 Geneva Motor Show. As from now, the Disco Volante will be available to the discerning customer. After the striking successes in the recent Geneva shows, the Disco Volante is another testimony of Touring’s capability as a creator and manufacturer of bespoke-designed cars coach built in very limited runs to world class quality standards.

In just under a year’s time, the Disco Volante has developed from a prototype to a production model; ready to be enjoyed by a clientele appreciating its unique combination of craftsmanship, quality, innovative design and automotive history. Among them will be collectors, sporting drivers and design aficionados. The Disco Volante is a two-seater Gran Turismo. It is based on the Alfa Romeo 8C Competizione coupé with its front-central mounted 4.7 litre V8 engine and a transaxle rear drive with unmodified specifications. Each unit, of which the construction requires 4,000 hours of manual work, will be built only on demand.