Download Alfa Romeo Disco Volante Spyder car wallpapers in 4K for your desktop, phone or tablet. All images belong to their respective owners and are free for personal use only. 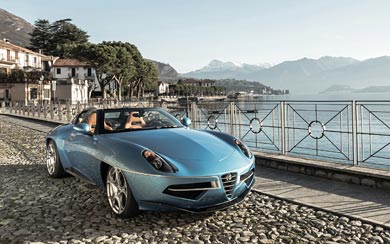 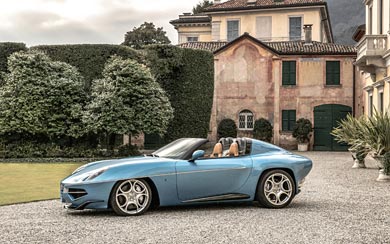 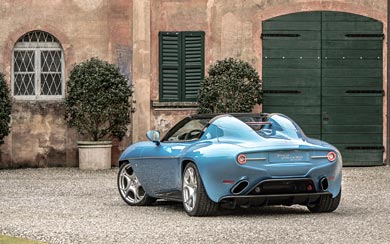 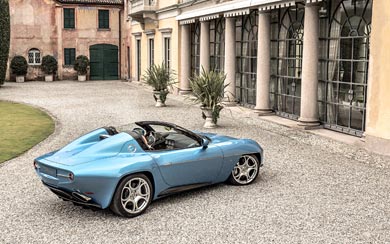 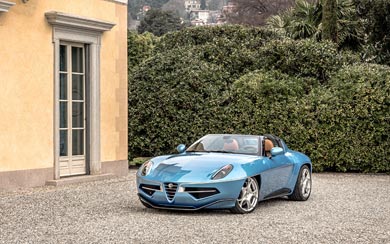 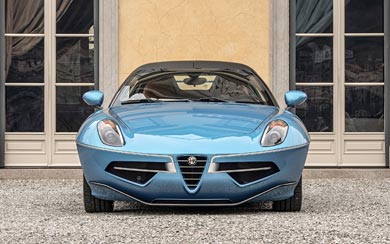 Touring turns ninety and celebrates this important anniversary at the 2016 Geneva Motor Show with a brand new car. A bold interpretation of the open top car, fully devoted to the pleasure of riding with wind tousling one’s hair. The Alfa Romeo Disco Volante Spyder is a two-seater open top car, based on the Alfa Romeo 8C Competizione Spider. It is built for discerning customers in just seven examples, more than half of which have been sold already. The model being showcased at Geneva is the first of the series.

The Alfa Romeo Disco Volante Spyder is inspired by the 1952 Alfa Romeo C52 also present on the Touring stand courtesy of Museo Nazionale dell’Automobile “Giovanni Agnelli” of Turin. The Museo will host a retrospective exhibition encompassing the whole history of Touring in autumn 2016. On its way to the 1953 New York motor show, the C52 had already gained the Disco Volante nickname, Italian for ‘Flying Saucer’. Once again, Touring had sparked the public’s imagination with a groundbreaking shape on what was the eve of space age.

Chosen by Alfa Romeo to mark its centenary celebration with a bronze sculpture now displayed in Milan, the C52 Disco Volante is one of the most significant models in automotive history.