Download Aston Martin DBS Superleggera car wallpapers in 4K for your desktop, phone or tablet. All images belong to their respective owners and are free for personal use only. 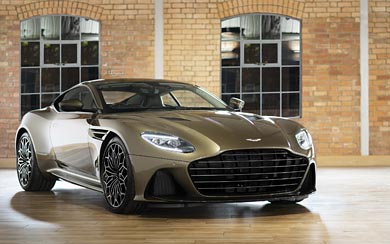 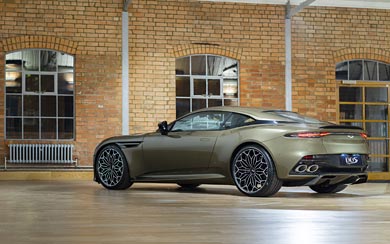 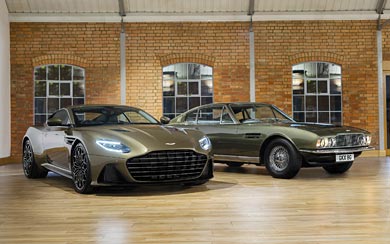 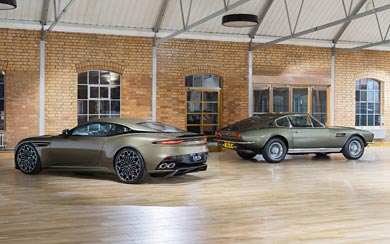 Celebrating 50 years since the Aston Martin DBS starred in the 6th James Bond film, Aston are releasing the On Her Majesty’s Secret Service edition of the latest generation DBS Superleggera. Painted in Olive Green, the OHMSS Edition matches the original 1969 DBS seen in the movie where Bond villain ‘Blofeld’ attempts to hold the world to ransom.

The most noticeable addition to the DBS Superleggera are the big diamond turned and forged wheels. Featuring a delicate and intricate design, the new wheels will certainly stand out from the crowd. The front of the car sports a carbon fiber front splitter and aero blade with the grille adorned with six bright horizontal vanes. Aston Martin are only producing 50 copies of this special edition DBS, with the price soaring over £300,000.

Andy Palmer, Aston Martin Lagonda President and Group Chief Executive Officer, said: “Aston Martin is synonymous with James Bond and the DBS from On Her Majesty’s Secret Service has provided great inspiration to the team tasked with creating this very special edition. This new DBS Superleggera will be an extremely distinguished ‘brute in a suit’, designed to capture the essence of the iconic DBS from the 1969 film but with a 5.2 litre twin-turbo V12, 715bhp engine!”