Download Audi R8 car wallpapers in 4K for your desktop, phone or tablet. All images belong to their respective owners and are free for personal use only. 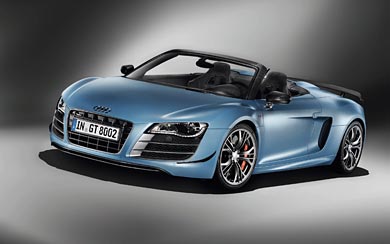 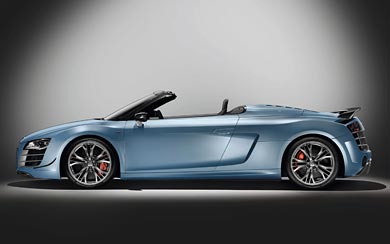 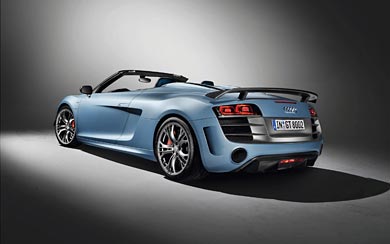 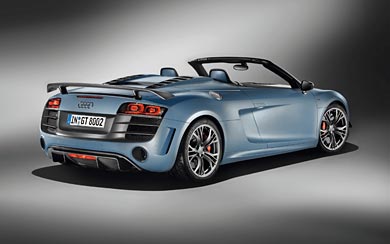 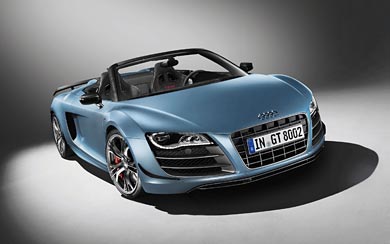 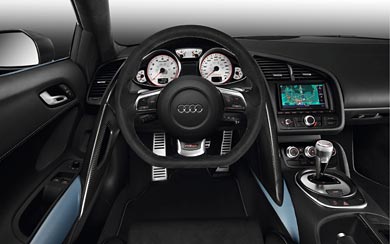 One year ago, Audi unveiled the R8 GT in coupe form as the new flagship model of the R8 model line. It wasn’t long before all 333 units in the limited series were sold out. Now the open-top version of the high-performance sports car is being launched, with production again capped at 333 units. Each car sports a tag with its individual number on the gear lever knob.

The Audi ultra lightweight technology is the key to the R8 GT Spyder’s weight of just 1,640 kilograms (3,615.58 lb). That’s 85 kilograms (187.39 lb) less than its technical basis, the R8 Spyder 5.2 FSI quattro. The Audi Space Frame (ASF) body, consisting of cast nodes, extruded sections and aluminum panels, accounts for just 214 kilograms (471.79 lb) of the total weight. The body is assembled predominantly by hand in the R8 workshop at the Neckarsulm plant. Final assembly of the car takes place in the same way.