Download Audi Nanuk Concept car wallpapers in HD for your desktop, phone or tablet. All images belong to their respective owners and are free for personal use only. 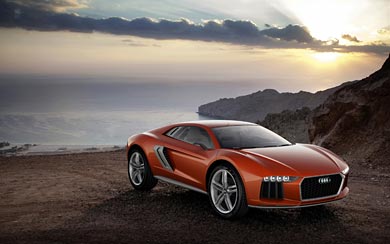 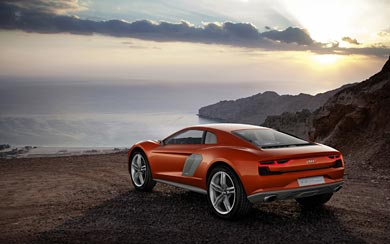 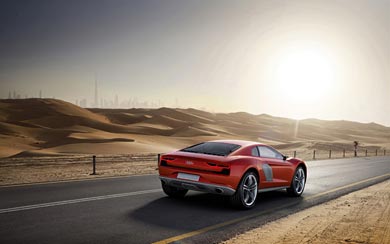 Sportiness in a new form – Audi is showing the Audi nanuk quattro concept show car at the 2013 IAA in Frankfurt am Main. Its crossover concept combines the dynamics of a high-performance sports car with Audi’s quattro expertise on the road, on the race track and also off-road. The V10 TDI engine sets benchmarks for power and efficiency.

Audi developed the Audi nanuk quattro concept show car in collaboration with the designers from Italdesign Giugiaro. The result is a sports car for any stage of life and for any surface – equally at home on the race track, the highway or a winding country road as it is off-road in the sand or in the snow. It’s crossover concept combines the dynamics of a mid-engine sports car with the versatility of a sporty recreational vehicle.

The two-seater is powered by a newly developed V10 TDI installed longitudinally in front of the rear axle. The powerful 5.0-liter diesel engine produces over 400 kW / 544 hp) and delivers 1,000 Nm / 737.56 lb-ft) of torque to the crankshaft from just 1,500 rpm. Its twin-turbo register charging unit is controlled via the Audi valvelift system (AVS). The common rail system operates at an injection pressure of 2,500 bar. A beefed-up seven-speed S tronic located behind the engine transfers the torque to a specially designed quattro drivetrain.