Download Audi E-Tron Concept car wallpapers in HD for your desktop, phone or tablet. All images belong to their respective owners and are free for personal use only. 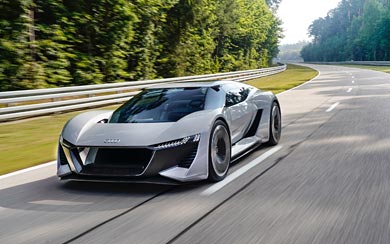 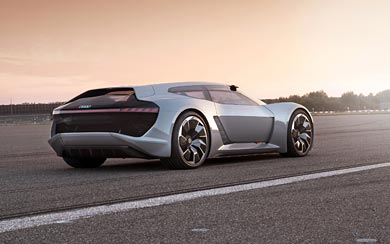 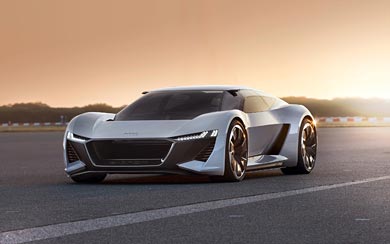 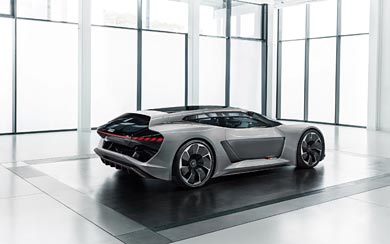 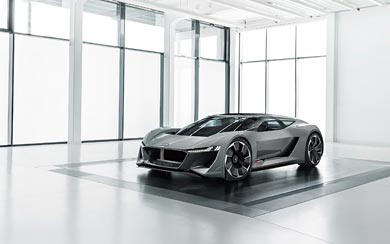 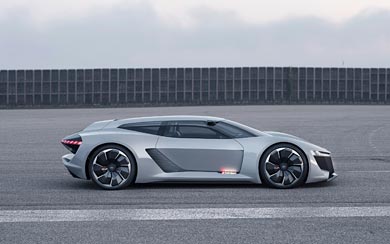 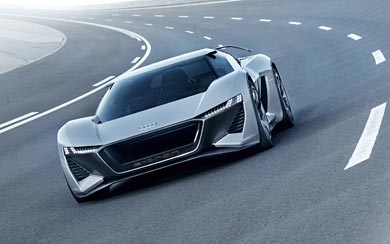 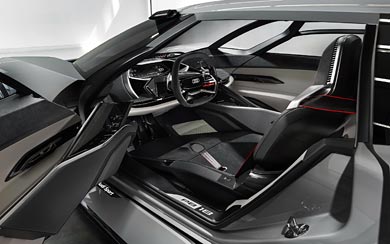 Utilising architecture from the Audi R18 LMP1 racer, the PB18 e-tron concept is designed to be an exciting drivers car using race car technology. The name is a combination of PB for Pebble Beach where the car is to be unveiled, and 18 from the R18 it is based on. Much like the R18, the PB18 e-tron has a central seating position for the driver. A position which good for the race track, but limiting for any passengers. Which is why Audi has also equipped the car with ability to move the drivers seat including pedals and steering wheel to the side, allowing a front passenger to ride along.

As usual with all of Audi’s e-tron cars, the propulsion comes from 3 electric motors with one at the front, and two in the rear. This is all feed by a 95 kWh battery pack, which will launch the car from 0-100 kph in a very quick 2.1 seconds. The combined power output of the three motors is 500 kW, with a boosting feature that will allow the driver to temporarily mobilize up to 570 kW with a push of a button. The combined torque comes to a very healthy 830 Nm, and overall weight tips the scales at 1,550 kilograms, solidifying this concept car as a true performance machine. The light weight is thanks to libreal use of of aluminium, carbonfibre and other composite materials.