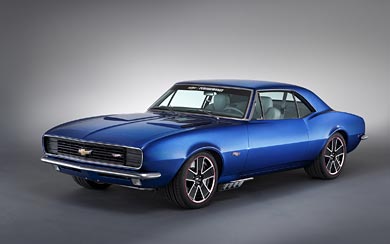 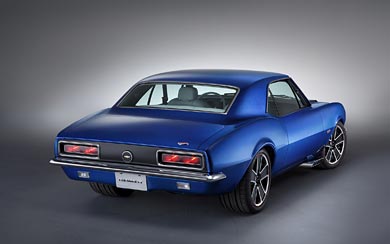 Translating a 1:64-scale toy car into a 1:1 real car is complicated, as the proportions don’t exactly match a full-scale first-generation Camaro, but the designers interpreted the original toy in a way that conveys its spirit in a realistic form. The concept vehicle painted Kinetic Blue, just like the forthcoming Camaro Hot Wheels® Edition production model.

“A literal interpretation of the toy car would have been too cartoony – it just wouldn’t look right on a full-size car,” said Chevrolet Design Manager Dave Ross. “The stance and wheels of the concept vehicle are different, as well as some of the proportions the toy has, but the body lines and styling cues are all the same.”