Download Ferrari 348 Spider car wallpapers in 4K for your desktop, phone or tablet. All images belong to their respective owners and are free for personal use only. 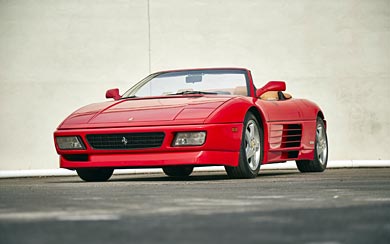 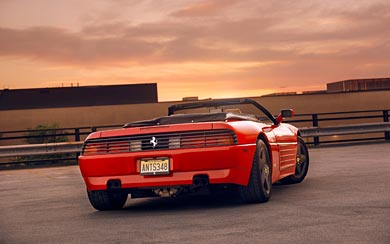 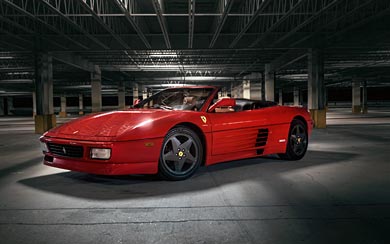 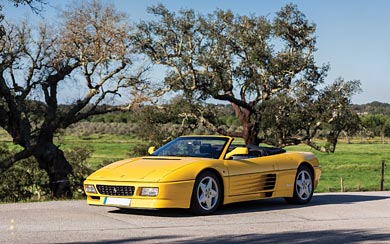 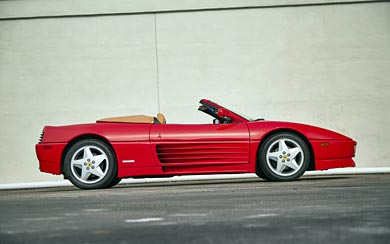 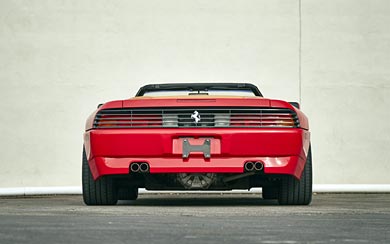 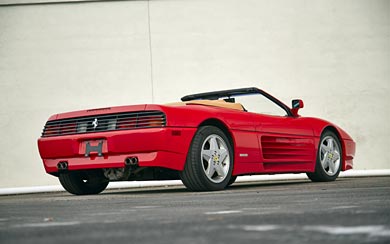 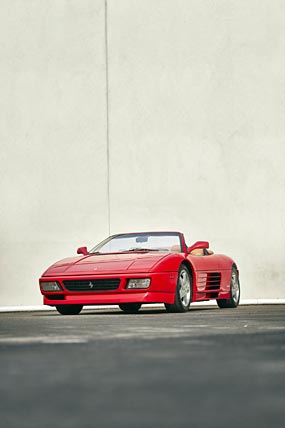 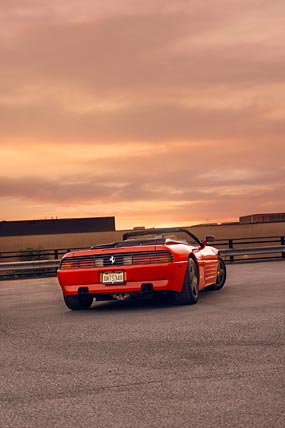 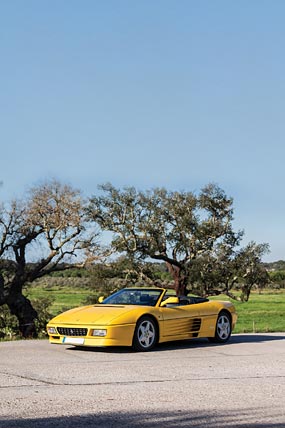 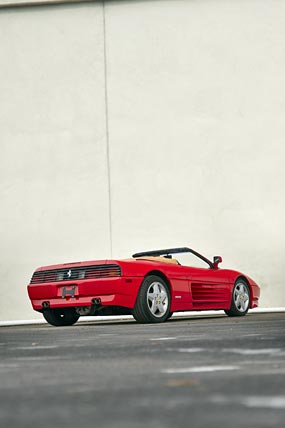 The 348’s styling differed from previous models with straked side air intakes and rectangular taillights resembling the Testarossa, stylistic themes reminiscent of the F40, the world’s fastest production car at the time, and other prestigious Ferraris of the past. The model was also the final design overseen by chief stylist Leonardo Fioravanti, known for such designs as the Ferrari F40, Ferrari Daytona, Ferrari 512 Berlinetta Boxer, Ferrari 288 GTO, Ferrari P5, Ferrari P6 and others. The F355 that succeeded the 348 returned to the styling cues of the 328 with round tail lights and rounded side air scoops. 57 “Challenge” models were built for owners who wanted a more “track-ready” car.

The 348 was fitted with dual-computer engine management using twin Bosch Motronic ECUs, double-redundant anti-lock brakes, and self-diagnosing air conditioning and heating systems. Late versions (1993 and beyond) have Japanese starter motors and Nippondenso power generators to improve reliability, as well as the battery located within the front left fender for better weight distribution.

Similar to the Testarossa but departing from the 512 BB and 308/328, the oil and coolant radiators were relocated from the nose to the sides, widening the side of the car substantially, but making the cabin much easier to cool since hoses routing warm water no longer ran underneath the cabin as in the older front-radiator cars. This also had the side effect of making the doors very wide.