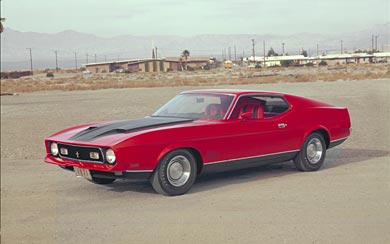 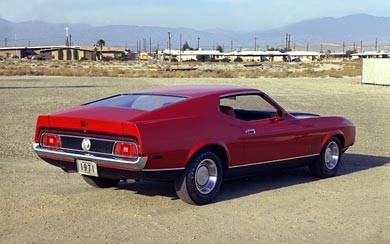 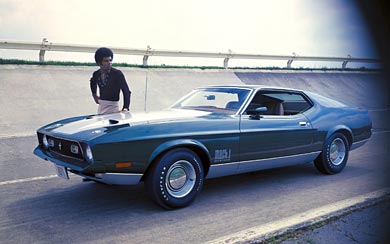 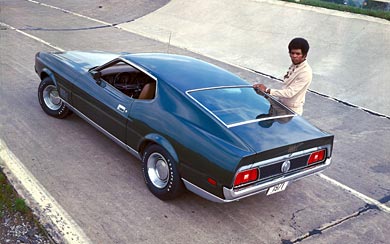 The Mach 1s were available with two-tone paint schemes, optional hockey-stick stripes, NACA (NASA) hood scoops (functional on examples ordered with Ram Air), color keyed side mirrors, and additional sports/performance options. All Mach 1 models came stock with urethane front bumpers and an alternate grille equipped with amber sportlights. Though the Mach 1 is often associated with the NACA hood (a no-cost option) and other styling cues, base Mach 1s could be had with the standard hood and the 302 2V engine.

Boss 351 examples were similar in appearance to the Mach 1, and included a larger black-out hood than Mach 1’s, front and rear spoilers, dual exhaust with no rear valance cutouts, and chrome bumpers paired with the sportlamp grill.