Download Ford Sierra car wallpapers in 4K for your desktop, phone or tablet. All images belong to their respective owners and are free for personal use only. 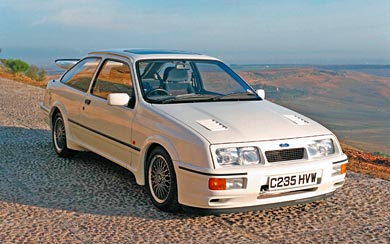 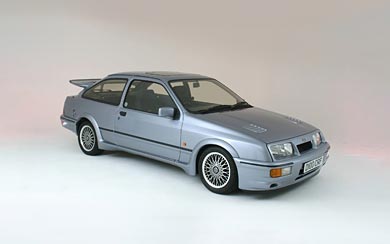 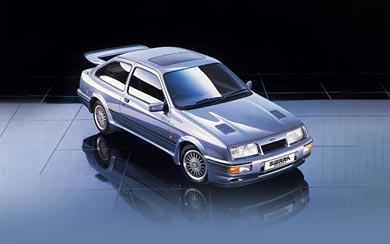 Designed by Ford’s Special Vehicle Engineering (SVE) group in conjunction with Cosworth, the Sierra RS Cosworth was built to go rallying in Group A competition. The Ford ‘RS’ badge stands for Rallye Sport, a name the company doesn’t use lightly, reserving it for cars with offering a special blend of performance, road holding, vehicle safety, refinement and great value. Most RS Fords have gone on to prove their worth in competition on the rally stage, just like the original RS car the 1970 Ford Escort RS1600.

For 1986, Ford produced a special version of the Sierra called the Sierra RS Cosworth. It was powered by a 2.0L inline 4 cylinder engine consisting of the 2.0L SOHC bottom end combined with a free flowing 16V DOHC cylinder head developed by Cosworth. Performance was boosted by a Cosworth Garret T3 turbocharger and intercooler setup, which increased power to 204 PS (150 kW) and torque to 204 lb-ft (276 Nm). Manufactured in Ford’s Genk factory in Belgium, the RS was based on the three-door Sierra model, and was only available in white, black and Ford’s ‘Moonstone Blue’ colour. Produced in both right and left hand drive, production totaled 5,545.