Download Racing Point RP19 Formula 1 car wallpapers in 4K for your desktop, phone or tablet. All images belong to their respective owners and are free for personal use only. 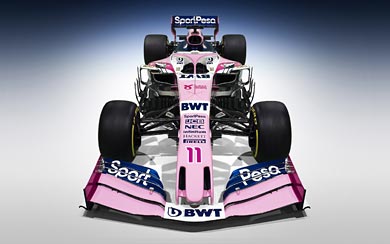 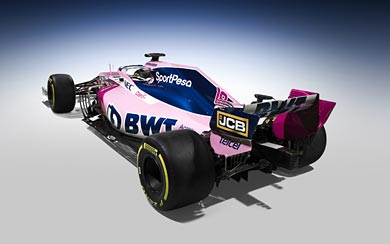 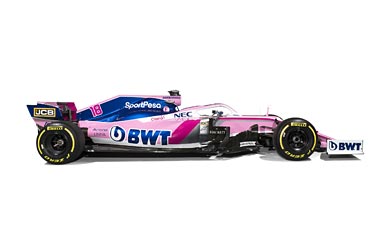 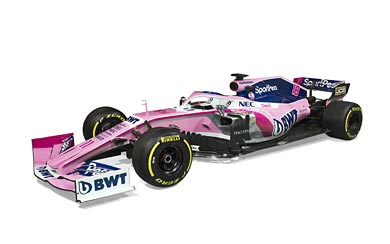 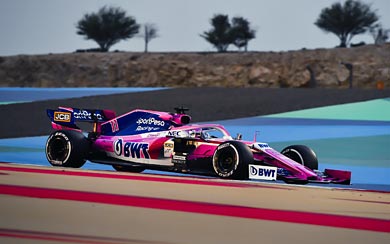 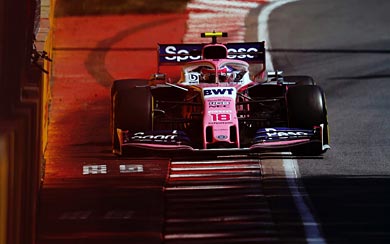 Despite a new name with Force India out and Racing Point in, the team remains mostly the same, the same team who consistently punch above their weight and deliver outstanding results. Force India was usually able to strike a nice balance between budget, personnel and on track performances. They were the team who often found their way at the top of the hotly competitive mid field pack. Unfortunately, in recent years the team suffered hard times financially with a new consortium of backers coming to it’s rescue in 2018. This has seen the rise of the Racing Point name and the start of a new era for the team.

The 2019 driving line-up consists of veteran driver Sergio Perez, who has been at the team for many years now and was instrumental in keeping them alive during the tough moments in 2018. Alongside him is Lance Stroll, a young Canadian driver who has done his apprenticeship for two years at Williams and is now ready for a more competitive car. His appointment came as no surprise given his wealthy father is now one of the owners of the Racing Point Formula 1 team.