Download Racing Point RP20 Formula 1 car wallpapers in 4K for your desktop, phone or tablet. All images belong to their respective owners and are free for personal use only. 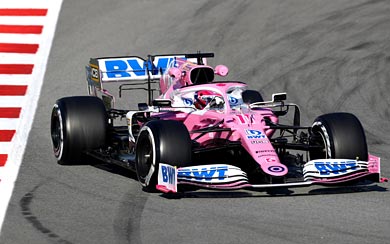 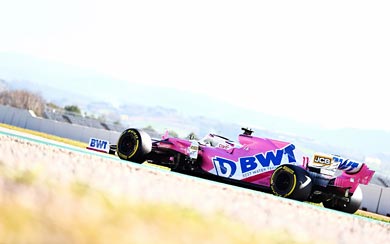 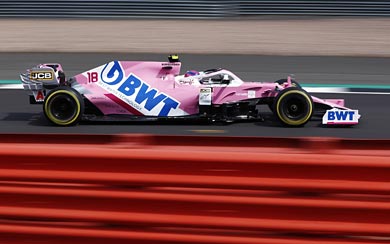 Racing Point drew plenty of attention from their rivals with the reveal of their 2020 Formula 1 car, due to a striking resemblance to last years championship winning Mercedes. In fact the team confirmed that the RP20 was designed in reference to lots of photos of the Mercedes W10, with the decision made to imitate the best and hopefully rise up the rankings. Of course this didn’t sit too well with other mid-field runners, who have expressed their concerns about copying another teams IP.

Despite all this, early signs show a marked improvement in the pace of the Racing Point cars, who now appear capable of competing at the pointy end of the mid field group, possibly even troubling some top teams as well. Sergio Perez and Lance Stroll remain in the two drivers seats for 2020 as the team begins to stabilise after it’s near collapse and change of ownership a year ago. They were known for punching above their budget in the Force India days, and now as Racing Point (soon to be Aston Martin perhaps?) we wait to see what kind of identity they can forge from 2020 onwards.