Download Gumpert Apollo car wallpapers in HD for your desktop, phone or tablet. All images belong to their respective owners and are free for personal use only. 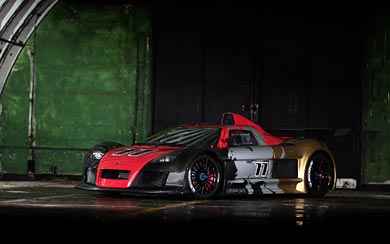 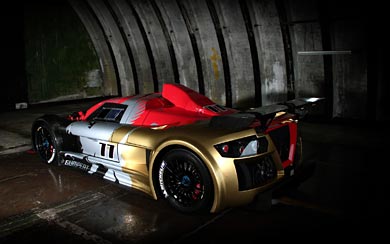 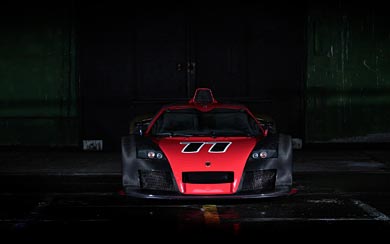 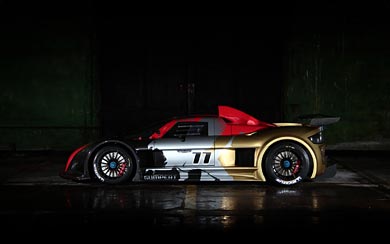 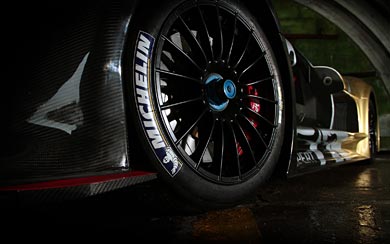 In the past, the sports car manufacturer GUMPERT has mainly been known for building race cars for the street. At the 82nd Geneva International Motor Show, the exclusive manufacturer premieres the GUMPERT apollo r, a purebred race car with the brute thrust of up to 860 hp. As the second world premiere, GUMPERT presents the special edition GUMPERT apollo enraged.

Numerous modifications were required to extract up to 860 hp from the 4.2 litre V8 engine. These include a higher supercharging pressure, ignition and control time adjustments, optimisation of the intake air ducts and a special racing exhaust system. Of course maximum performance depends on the use of racing fuel with correspondingly high octane levels. In view of the planned deployment in Asia and the expected temperatures, the engine and transmission cooling system was also enhanced. The spur-toothed dog ring transmission is controlled by rocker switches on the steering wheel but without a clutch pedal. A central digital dashboard supplies the driver with essential information. Otherwise all frills were removed from the interior of the apollo r.

To bring all this brute force to the pavement, the chassis which already set standards was extended with a titanium blade stabiliser on the rear axle. Numerous optimisation measures, for example on milled parts, the wiring harness and undercarriage, as well as eliminating comfort components such as the boot, allowed the charge weight (empty tank) to be reduced to 1,100 kg. “The apollo r is more powerful and lighter than any other apollo. Since we are not necessarily known for understatement, we also decided to put this superiority on display with correspondingly striking foils on the apollo r,” is how Roland Gumpert describes his race car. At the exhibition stand in Geneva, the apollo r presents itself in a black-red-gold foil dress. The driver and passenger doors are each graced by a griffin, a cross between an eagle and lion and therefore the lord of the air as well as the earth.