Download Honda S2000 car wallpapers in HD for your desktop, phone or tablet. All images belong to their respective owners and are free for personal use only. 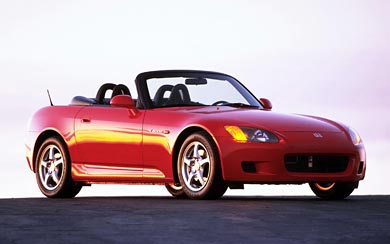 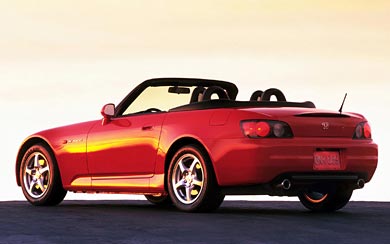 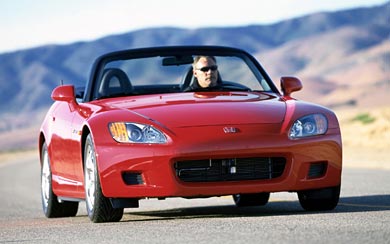 The Honda S2000 is a roadster manufactured by Honda Motor Company since April 1999. The car was created to celebrate the company's 50th anniversary, and continues in the tradition of lightweight roadster "S" cars such as the S600 and S800. Like previous S cars, the name of the S2000 comes from its engine displacement of approximately 2000 cc (although Honda would later introduce a 2200 cc model, retaining the S2000 name). From its inception in 1999 to 2003, S2000s were manufactured at Honda's Tochigi plant. S2000s since then have been manufactured at the Suzuka plant.

Continuing in the tradition of its predecessors, the S2000 is rear wheel driven, with power being delivered via a Torsen limited slip differential mated to a six-speed manual transmission. The car is constructed using an X-bone monocoque frame which is extremely rigid, thus improving handling, road noise, and steering feel and feedback. Other features include double wishbone suspension, electronically-assisted steering, integrated roll hoops and an electrically powered canvas top that takes 6 seconds to operate, touted as the fastest opening top among all convertibles.