Download Mazda Eunos Cosmo car wallpapers in HD for your desktop, phone or tablet. All images belong to their respective owners and are free for personal use only. 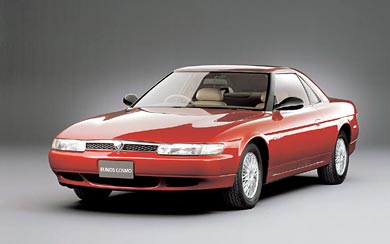 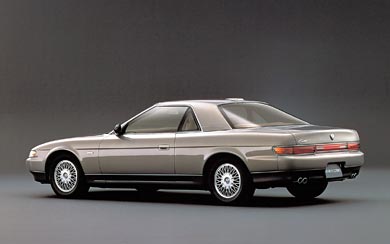 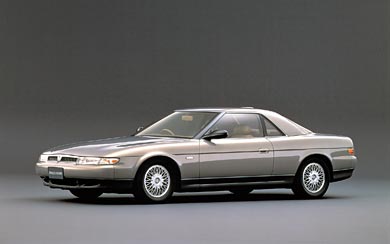 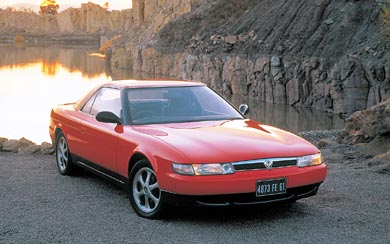 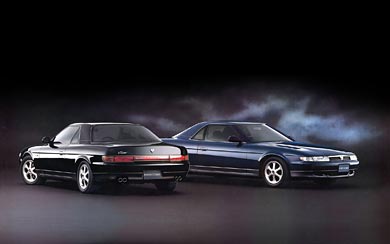 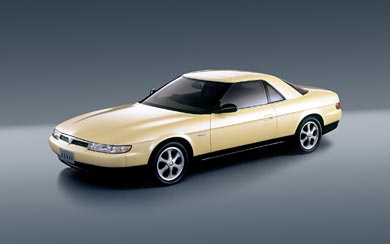 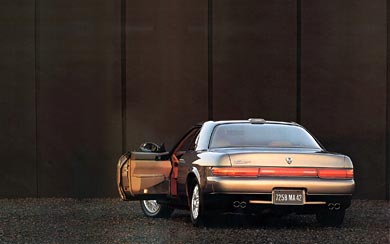 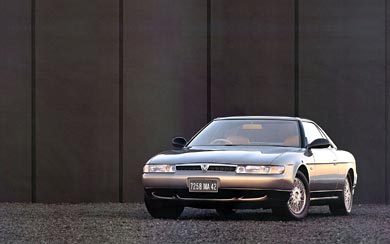 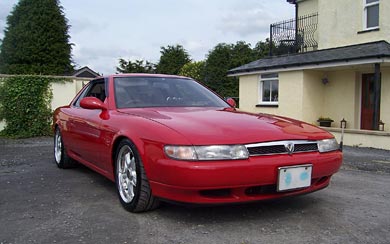 The Eunos Cosmo (loosely based on the 1985 MX-03 concept car) started production in 1990 on the new JC platform. The Eunos Cosmo was the top-line touring flagship of the Eunos luxury channel. It is the only Mazda to use a triple-rotor engine. The car was a 2+2 coupe and was loaded with power amenities. Following the Japanese luxury theme, only an electronically controlled 4-speed automatic transmission was available.

Two engines were available, the twin turbo 13B-RE and the 20B-REW. The triple rotor 20B had 2 Litres (1962 cc) of displacement, making it the largest capacity rotary offered for sale by Mazda. It produced 300 horsepower (220 kW) and 403 newton metres (297 lb-ft) with twin turbochargers. The JC series Cosmo set several firsts in Automotive history. Its 13B-RE and 20B-REW engines were the first Japanese built, series production twin sequential turbo systems to be offered for sale on a rotary engined car. The internationally known FD series RX-7 didn’t receive the twin turbo 13B-REW engine until early 1992. The Eunos Cosmo was the first production car in the world to get built-in GPS navigation system, and the first in Japan to use the “Palmnet” serial data communication system for ECU-to-ECAT operation.

This 4th generation Cosmo was ahead of its time electronically as well by being offered with Car Control System, a CRT colour touch-screen controlling climate control, mobile phone, GPS car navigation, NTSC TV, radio and CD-Player.