Download Mercedes AVTR Concept car wallpapers in 4K for your desktop, phone or tablet. All images belong to their respective owners and are free for personal use only. 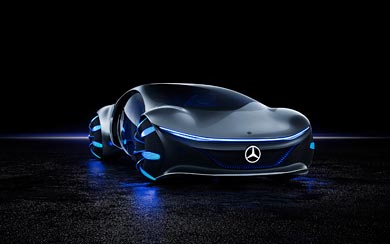 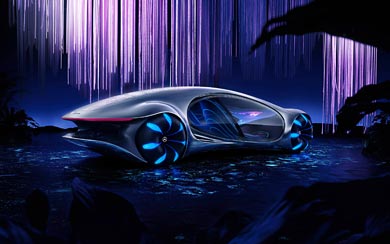 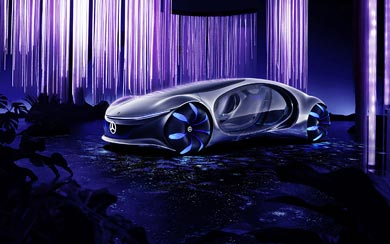 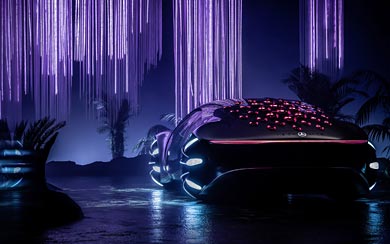 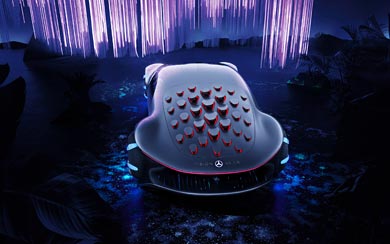 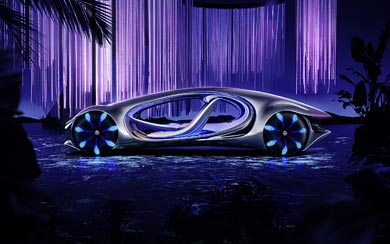 At CES 2020 Mercedes have unveiled the Vision AVTR Concept, a look into the future with inspiration from James Cameron’s 2009 film Avatar. It is of course an electric powered vehicle, with a powertrain comprising of 4 near-wheel-built electric motors. These combine for a total power output of more than 476 PS (350 kW), and are feed by a big 110 kWh battery pack. That battery is claimed to be graphene-based with organic cell chemistry that completely eliminates rare, toxic and expensive earths such as metals. Mercedes say that would make it 100 percent recyclable and provide a driving range of 435 miles (700 km).

The Avatar connections lie in the cars form and technology, with various aspects of the styling influenced by the flora and fauna of the movie. The rear canopy is covered with 33 bionic flaps which, no joke, “can communicate with the driver and through the driver with their outside world through naturally flowing movements in subtle gestures.” Mercedes have also included a biometric connection between car and driver, where the Vision AVTR will recognize you by your heartbeat and breathing. In the end, this is another wild concept car that brings forth some new ideas that could potentially find their way in some form to the market. Not so sure about the bionic flaps though.