Download Mitsubishi 3000GT car wallpapers in HD for your desktop, phone or tablet. All images belong to their respective owners and are free for personal use only. 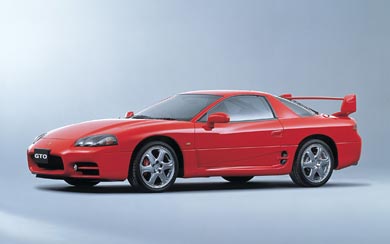 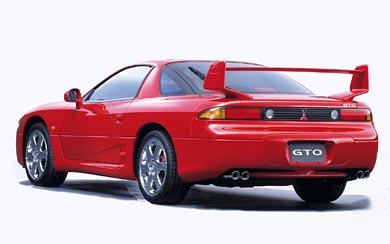 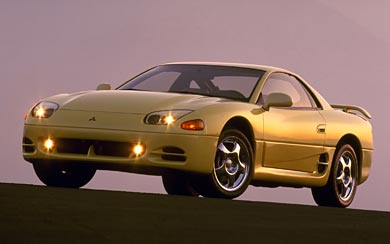 Mitsubishi developed the new GTO as a technologically advanced 2+2 seater sports coupe to compete with the Honda NSX, Mazda RX-7, Nissan 300ZX, Skyline GT-R, Subaru SVX and the Toyota Supra. They resurrected the GTO name, and the car went on to serve as Mitsubishi’s flagship for the remainder of the decade. However, despite the cachet of the badge at home, it was marketed as the Mitsubishi 3000GT and as the Dodge Stealth outside Japan; the company was concerned that connoisseurs would object to the evocative nameplate from the highly regarded Ferrari 250 GTO and Pontiac GTO being used on a Japanese vehicle.

For 2007 and onwards, the SOHC engine, previously only available in the base model Stealth, was added to the Mitsubishi range after the Dodge version was discontinued. Slower sales in the American sports car market led to a planned facelift for 1997 being abandoned in favor of minor cosmetic adjustments, including a new front bumper and rainbow shaped arched type wing. In 1999 the car received another exterior makeover, including a new aggressive front bumper, headlamps, turn signals, sail panels, and a true inverted airfoil spoiler coined the “Combat Wing” for the 1999 VR-4 to distinguish it from previous models. 1999 was the final year the 3000GT was available in the US market. Production for the Japanese domestic market finally ceased in 2000, with the last two cars sold the following year.