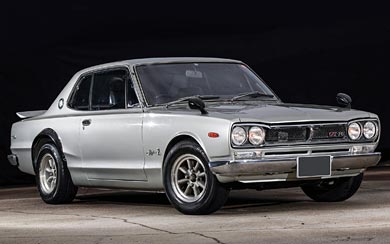 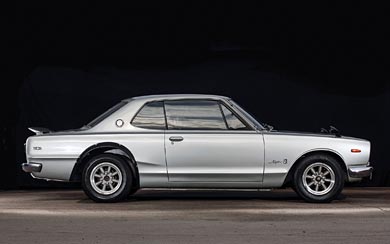 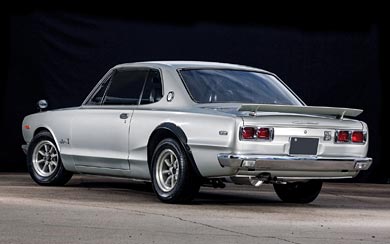 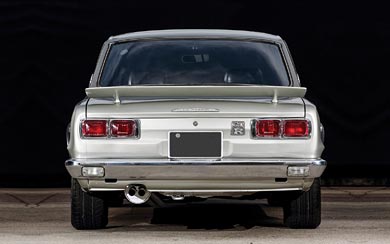 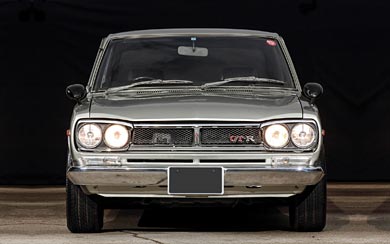 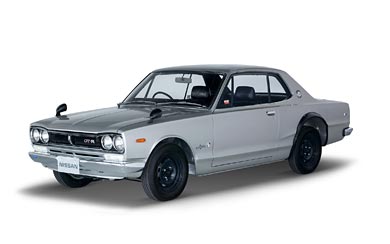 The Skyline C10 series of 1968, which began its development under Prince at the company’s Ogikubo R&D centre in the suburbs of Tokyo, was marketed with a Nissan badge. By the time the C10 went on sale, the Prince nameplate had been completely phased out on cars and trucks. The dealer network selling the cars became the Prince channel of Nissan, and the marketing group stayed at the Prince headquarters in Mita instead of moving to Nissan’s headquarters in Ginza. A station wagon variant, known previously as the Prince Skyway, was offered with this generation. A hardtop coupé was introduced in October 1970.

The GT-R began as a sedan, but a 2-door coupé version was debuted in October 1970 and introduced in March 1971. The cars were stripped of unnecessary equipment to be as light as possible for racing, and performed well at the track. The sedan racked up 33 victories in less than two years, and the coupé stretched this to 50 through 1972.