Download Nissan Fairlady Z car wallpapers in 4K for your desktop, phone or tablet. All images belong to their respective owners and are free for personal use only. 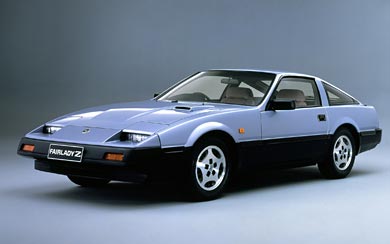 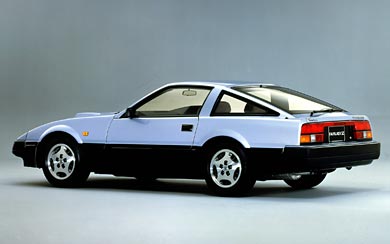 The Z-car was completely redesigned in 1983, and introduced Nissan’s new series of 3.0-liter V6 engine, dubbed the VG series. The same engine was used in the Electramotive (later to become NPTI) GTP ZX-Turbo that dominated the IMSA GTP races in 1988 and 1989. These were available in both VG30E naturally aspirated and VG30ET turbocharged forms producing 160 and 200 bhp (120 and 150 kW) respectively, although some VG30ET powered Z-cars exported outside of the US produced 228 bhp (170 kW) due to a longer cam duration and less emission restrictions. These were showcased in sleek new wedge-shaped styling and given a new name, the 300ZX. Like its predecessor, it also proved to be wildly popular and was the second-best selling Z-car in history selling over 70,000 units due in part not only to its new styling but also to even more added luxury features and high performance. When the 300ZX Turbo was released in Japan, it offered the highest HP available in a Japanese standard production car at the time. Much like the 280ZX that preceded it, the first-gen 300ZX was thought by enthusiasts as more GT than true sports car. It had improved handling, acceleration, and refinement on any previous model Z-car.