Download Nissan 370Z car wallpapers in 4K for your desktop, phone or tablet. All images belong to their respective owners and are free for personal use only. 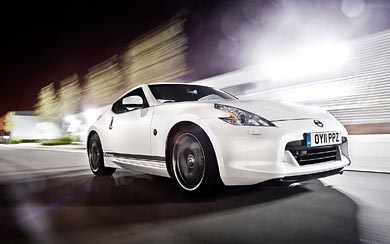 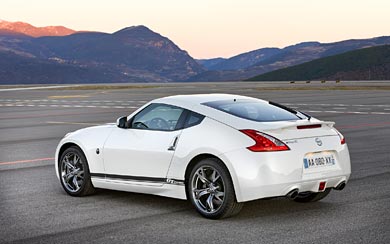 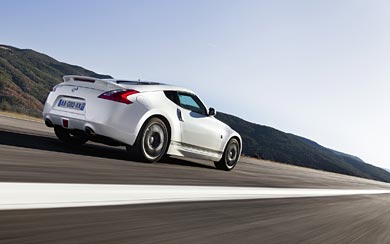 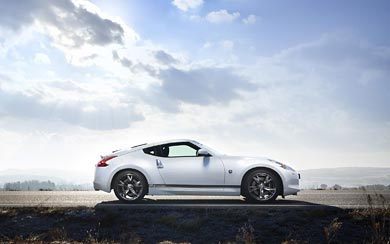 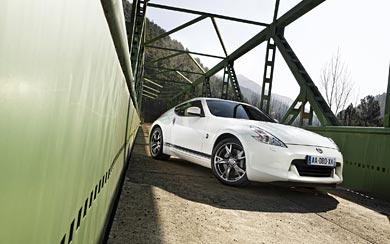 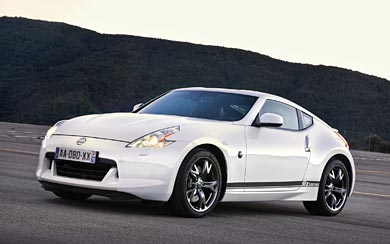 The Nissan 370Z GT Edition recognises its heritage with a nod to the 1970s and the birth of the original Z car: special side stripes. Grey ‘GT’ stripes running along the flanks of the car contrast with the each of the special edition’s three body colours – metallic black, pearl white and Black Rose, the latter shade exclusive to GT Edition. The exterior is set off by the standard 19inch RAYS forged alloy wheels, which are finished in a dramatic anthracite colour.

The Nissan 370Z GT Edition introduces a number of significant suspension and equipment improvements which have also been adopted by the standard Coupé. In deference to the higher average speeds routinely enjoyed in Europe, the changes have been engineered by technicians from Nissan Technical Centre Europe (NTCE). The principal modification has been to retune the dampers to provide the ideal balance between ride comfort and high-speed handling.

Unchanged is the Nissan 370Z’s exceptional 3.7-litre V6 engine. A development of the unit that powered the 350Z, the all-alloy 24-valve twin cam not only develops more power and torque but is also more response, more refined and more fuel efficient. The addition of VVEL (Variable Valve Event and Lift) technology helps deliver electrifying performance, the engine developing 328PS and an impressive 363Nm of torque. It is coupled to a short throw six-speed sports manual gearbox or a seven-speed automatic.