Download Renault Twin Run Concept car wallpapers in HD for your desktop, phone or tablet. All images belong to their respective owners and are free for personal use only. 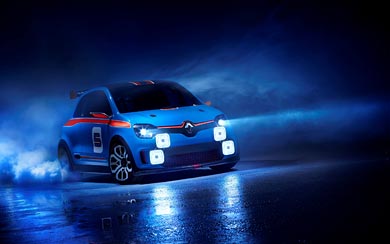 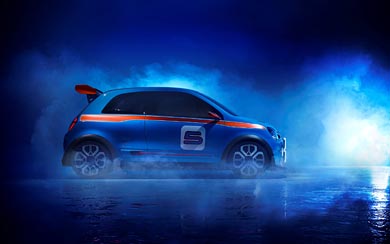 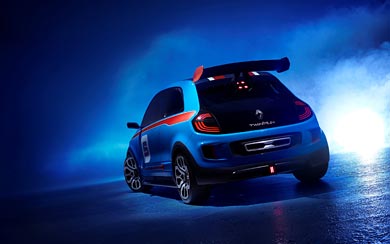 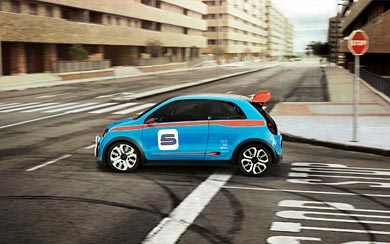 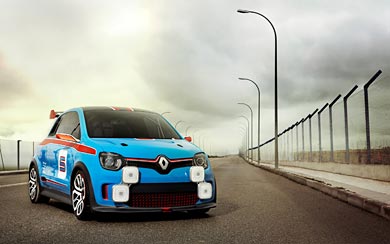 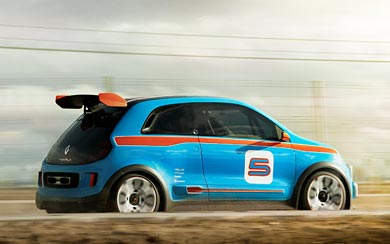 Renault is unveiling the Twin’Run at the 2013 Monaco Grand Prix. The new concept car cultivates the sporting spirit of the brand and celebrates automotive passion by paying homage to the legendary R5 Turbo and Clio V6. Twin’Run, a real racing car, features a tubular chassis lifted directly from motorsport competition and a mid-engine 320-hp V6 engine based on Mégane Trophy.

Like its twin, Twin’Z, Twin’Run is a modern and playful take on the city car. Both concept cars express the fifth stage in Renault’s design strategy based on the major phases in a lifetime. Each in its own way represents the “Play” stage (petal) and demonstrates the customisation possibilities of a city car fully in step with its times. The Twin’Run concept car previews the styling of Renault’s future city car.

Twin’Run is fitted with the V4Y engine from the Renault-Nissan Alliance, which is used on the road for Laguna, Espace and Latitude but also used in competition with Mégane Trophy. Mounted longitudinally ahead of the rear axle centerline, the V6 3,498 cc power plant delivers 320 hp at 6,800 rpm and torque of 380 Nm at 4,850 rpm. The engine is full-bodied and generous from low revs, delivering linear acceleration and providing excellent traction around bends and in acceleration. The V6 is mated to a SADEV six-speed sequential gearbox with limited slip differential, enhancing Twin’Run stability and traction in curves. The twin metallic clutch is also borrowed directly from competition.