Download Seat Leon Cupra car wallpapers in HD for your desktop, phone or tablet. All images belong to their respective owners and are free for personal use only. 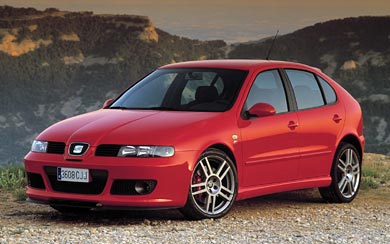 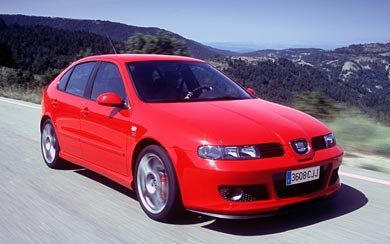 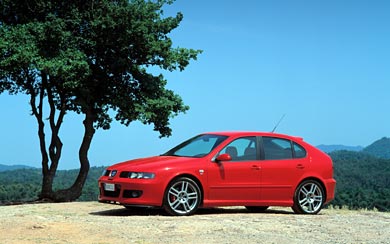 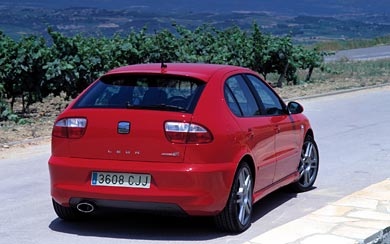 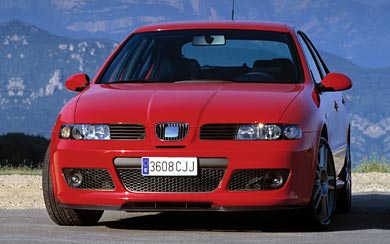 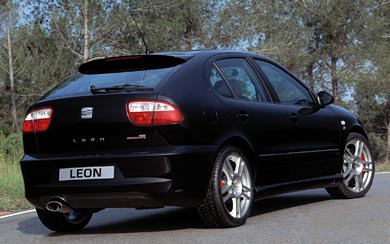 As SEAT’s best selling car, the León Mk I was marketed as a sportier and cheaper variant of the VW Golf. The first-generation was the hatchback version of the SEAT Toledo. To reinforce the sporty image, the vehicle has aggressive looks and is equipped with firm suspension to improve handling. The more expensive versions are equipped with powerful engines.

Some Leons are equipped with all wheel drive, which is based on the same Haldex differential as the VW Golf 4Motion. All engines over 130 PS (96 kW) have a standard manual 6-speed gearbox.