Download Subaru Forester car wallpapers in HD for your desktop, phone or tablet. All images belong to their respective owners and are free for personal use only. 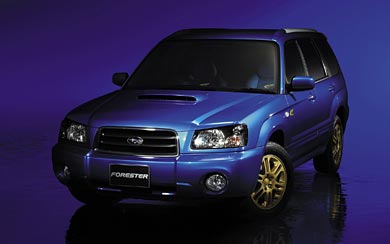 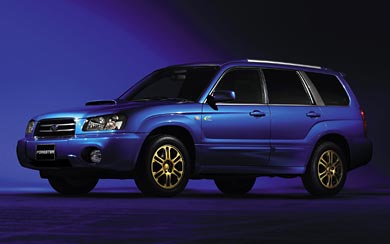 In 2003, a turbocharged Forester, the XT, was released alongside the naturally-aspirated X and XS in the United States as a 2004 model, however the same model had been available since the late 1990s elsewhere in the world. The XT model features a 2.5 L turbocharged engine mated with the same Mitsubishi TD04 turbocharger used in the Subaru Impreza WRX. In fact, the engine in the 2004 to 2005 Forester XT is identical to the American market Subaru Impreza WRX STi except for using the smaller TD04 turbocharger from the WRX, a smaller intercooler, different exhaust system, and different engine management programming.

The 2003 Forester features weight-saving refinements such as an aluminum hood, perforated rails, and a hydro-formed front frame. The Forester was Car and Driver magazine’s Best Small SUV for 2004, 2005 and 2006.