Download Volkswagen Golf GTE car wallpapers in HD for your desktop, phone or tablet. All images belong to their respective owners and are free for personal use only. 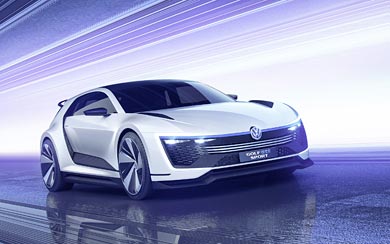 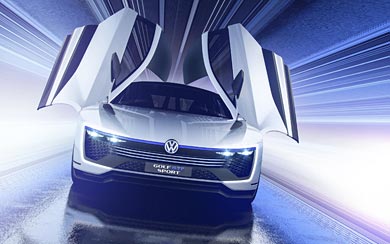 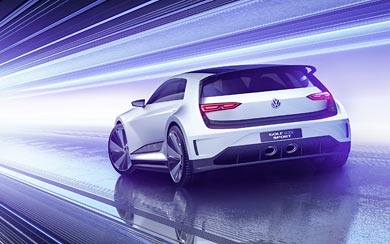 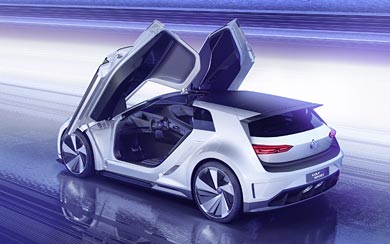 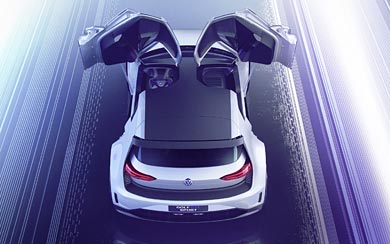 With the Golf GTE Sport presented as a world premiere at the legendary GTI event at Lake Wörthersee, Volkswagen is catapulting the GT tradition into the future. The high-tech Golf that is largely made of carbon is powered by a total of three motors – combined in a plug-in hybrid drive with system power of 295 kW / 400 PS. The concept car breaks down traditional barriers between road and motorsport vehicles. Its progressive hybrid system in combination with the high-tech all-wheel drive, a lightweight body, optimum aerodynamic downforce, precision running gear based on the design of the current Golf GTE, a new motor racing cockpit (including visualisation of the racing line) and an unusual seating concept (two monocoque-like interior areas) enable breathtaking performance on the racetrack. At the press of a button, however, the concept car is able to cover a distance of up to 50 kilometres on electric power alone and hence with zero emissions.

World Rally Car TSI engine. The 1.6 litre TSI (turbocharged direct-injection engine) adapted from the superb Polo R WRC (World Rally Car) is accommodated in the engine compartment at the front of the car. It delivers 220 kW / 299 PS and maximum torque of 400 Nm. Volkswagen has already won the World Rally Championship twice with this engine. In the Golf GTE Sport the four-cylinder masterpiece is assisted by two electric motors. The engineers positioned the first electric motor at the front (in the housing of the 6-speed dual-clutch gearbox). It develops 85 kW / 115 PS and maximum torque of 330 Nm. The second electric motor is located at the rear with the same power output but torque of 270 Nm. The total torque of the drive system is 670 Nm.