Download Volkswagen Polo GTI car wallpapers in HD for your desktop, phone or tablet. All images belong to their respective owners and are free for personal use only. 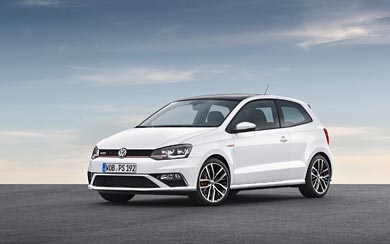 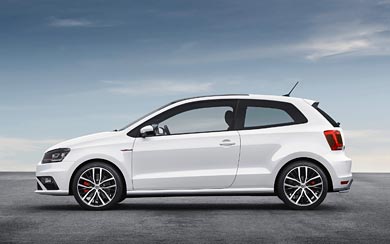 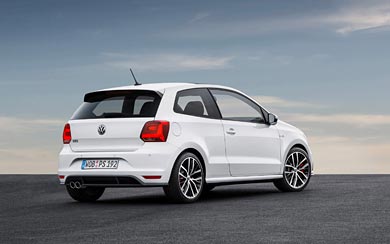 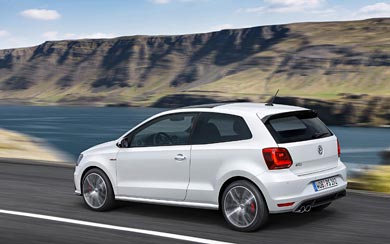 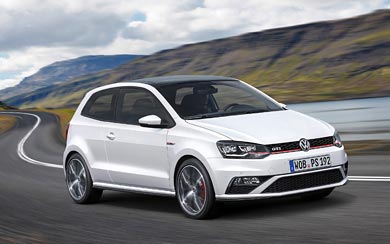 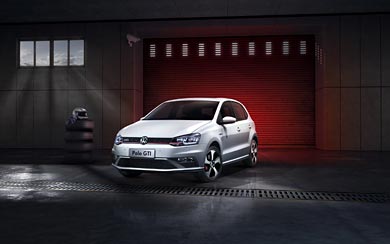 The new Volkswagen Polo GTI is clearly recognisable as the sporty flagship of the series, both in the 2-door and the 4-door version. Newly designed bumpers and typical GTI insignia such as distinctive wheels and the red strips in the radiator grille and the H7 headlights or optional LED headlights give the car a dynamic appearance. The Polo GTI is also equipped with sports suspension as standard, lowering its stance on the road by 15 mm.

The dynamic heart of the Polo GTI is a newly developed four-cylinder EA888 engine. The 2.0 litre version of this engine family is used to power the Golf GTI and other vehicles. The new Polo GTI is equipped with the third generation EA888 with a displacement of 1,798 cm3. The turbocharged direct injection petrol engine develops 141 kW / 192 PS of power. The 1.8 TSI provides this peak at between 4,200 and 6,200 rpm (6-speed manual version); for the 7-speed DSG the range is from 5,400 to 6,200 rpm. These variations are due to technical differences in the design parameters of the gearboxes. The same applies to the torque values: the DSG variant delivers a maximum torque of 250 Nm between 1,250 and 5,300 rpm whereas the figures for the manual gearbox version are 320 Nm between 1,450 and 4,200 rpm. However, the differences in torque have no effect on the vehicle’s performance figures (top speed and acceleration from 0-100 km/h). Having said that, the manual version does pull away slightly more briskly, while the DSG version’s fuel consumption is even lower.