Download Alfa Romeo Tipo 33 Stradale car wallpapers in 4K for your desktop, phone or tablet. All images belong to their respective owners and are free for personal use only. 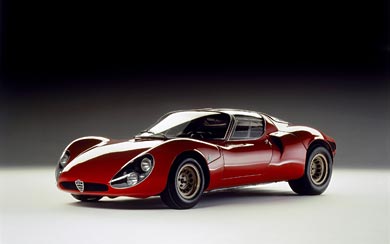 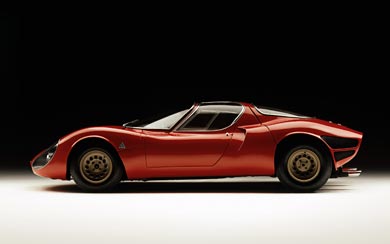 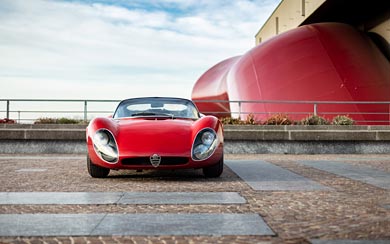 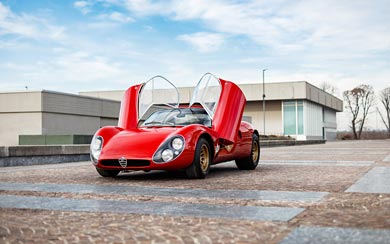 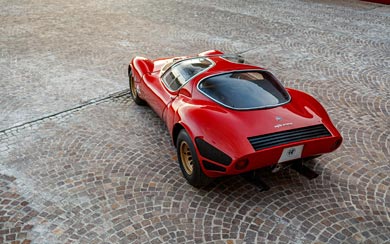 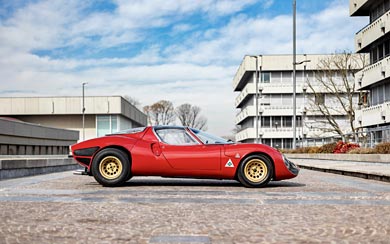 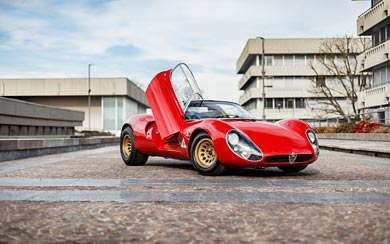 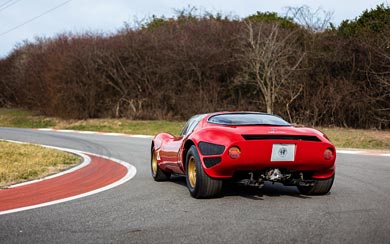 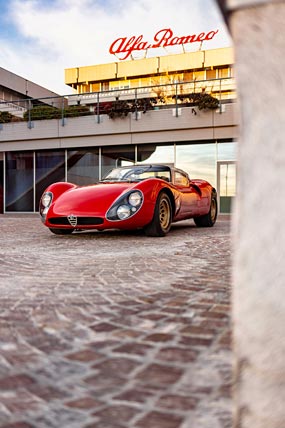 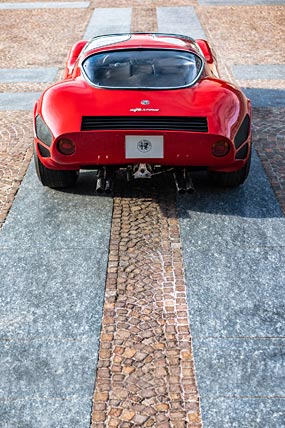 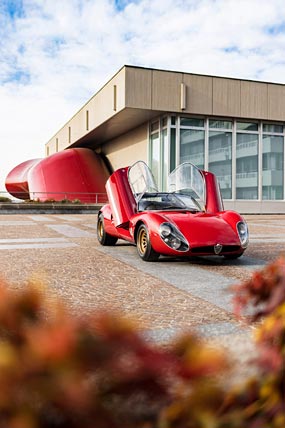 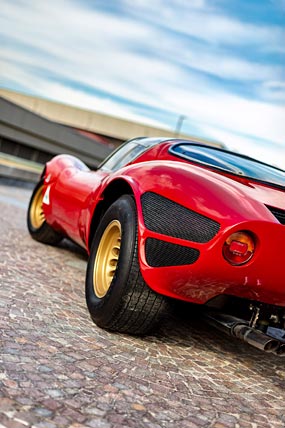 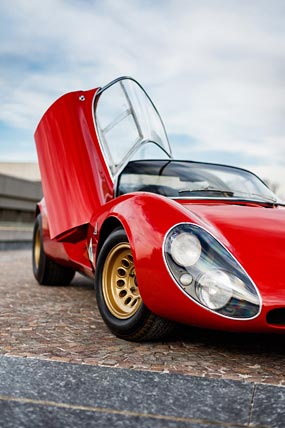 The Alfa Romeo 33 Stradale is a mid-engined sports car built by Alfa Romeo of Italy. “Stradale” (Italian for “road-going”) is a term often used by Italian car manufacturers to indicate a street-legal version of a sports car. The car was introduced at the Sport Car Show at Monza, Italy in September 1967. Only 18 have been made. The prototype (chassis No. 750.33.01) was sold to private Gallery Abarth, Japan, a magnesium bodied Stradale replica (chassis No. 105.33.12) built in late 1970s and the five concept cars are now part of the Alfa Romeo Museum. In Top Gear’s 100 Sexiest Cars list, the Alfa Romeo 33 Stradale was featured as number 15.

The 33 Stradale, first built in 1967, was based on the Autodelta Alfa Romeo Tipo 33 racing car. The car, designed by Franco Scaglione, and built by Carrozzeria Marazzi, made its debut at the 1967 Turin Motorshow. The 33 Stradale is the first production vehicle to feature dihedral doors, also known as butterfly doors. The car has aluminium body on aluminium tubular chassis. As a result of being built by hand, each model differs from the others for some details.