Download Alfa Romeo Tipo 33 car wallpapers in HD for your desktop, phone or tablet. All images belong to their respective owners and are free for personal use only. 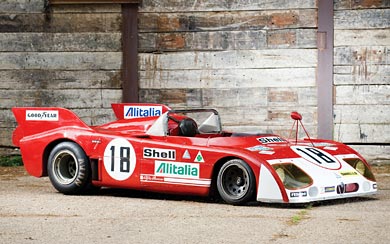 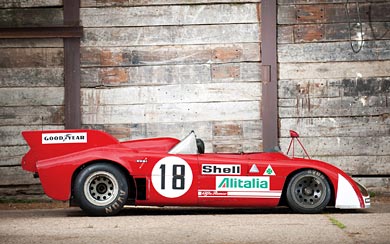 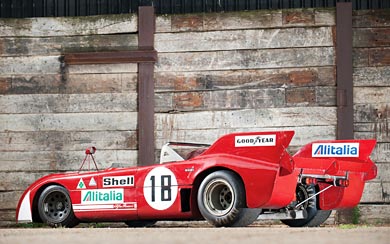 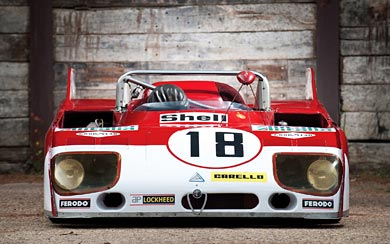 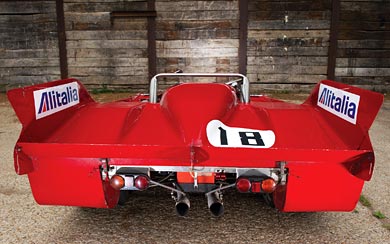 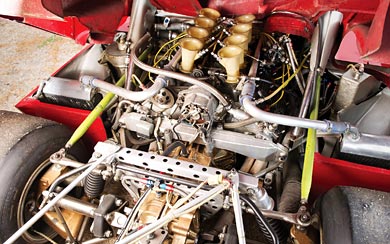 The Alfa Romeo 33/3 made its debut in 1969 at the 12 Hours of Sebring. The engine was enlarged to 2998 cc (183ci) with 400 hp (298 kW), which put the 33/3 in the same class as the Porsche 908 and the Ferrari 312P. The new car did poorly at Sebring and Alfa did not take part in Le Mans after Lucien Bianchi’s death in a practice session. The car took a couple of wins in smaller competitions but overall the 1969 season was not a successful one, and Alfa Romeo was placed seventh in the 1969 International Championship for Makes.

In 1970 the bigger 5.0L Porsche 917 and Ferrari 512 dominated, yet Toine Hezemans and Masten Gregory took third overall at Sebring, and Andrea De Adamich and Henri Pescarolo won their class in the 1000km Zeltweg, finishing second overall. Also in 1970, an Alfa T 33/3 was one of the “actors” of Steve McQueen’s movie Le Mans, released in 1971.

In 1971 the Alfa Romeo racing effort was finally successful. Rolf Stommelen and Nanni Galli won their class at the 1000km Buenos Aires (followed by De Adamich and Pescarolo), before taking another class win (and second overall) at Sebring. De Adamich and Pescarolo later won outright at the 1000km Brands Hatch, a significant result against the “invincible” 917s. They then took a class win at Monza (where Alfa Romeo took the three podium slots in the prototype class) and another one at Spa. At the Targa Florio, Vaccarella and Hezemans won outright, followed by teammates De Adamich and Gijs Van Lennep. Hezemans and Vaccarella won their class at Zeltweg, and De Adamich and Ronnie Peterson won overall at Watkins Glen. Alfa Romeo finished the season second place in the championship. In 1972 the 5 litre Group 5 Sports Cars were banned and the 3 litre cars of Alfa Romeo, Ferrari and Matra, redesignated as Group 5 Sports Cars, competed together for outright victories.