Download Aston Martin CC100 Speedster Concept car wallpapers in HD for your desktop, phone or tablet. All images belong to their respective owners and are free for personal use only. 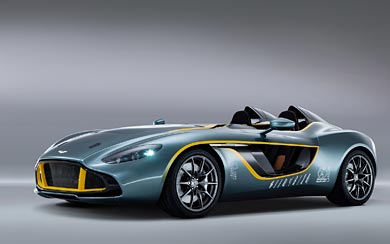 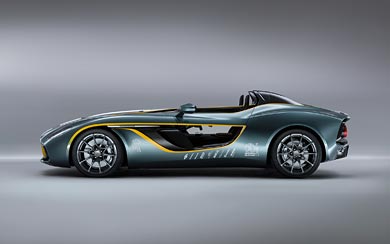 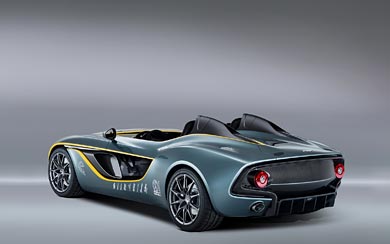 Aston Martin is celebrating its centenary in world-class style with the debut of the exceptional Aston Martin CC100 Speedster Concept. Created as a stunning celebration of the great British brand’s 100 years of sports car excellence the one-off CC100 looks both to the past and the DBR1 – Aston Martin’s greatest sporting triumph on the track – and to the future with its teasing glimpses of potential future design direction.

The 6.0-litre V12-powered concept car made its world debut by completing a lap of the famous Nordschleife at Germany’s ADAC Zurich 24 Hours of Nürburgring race. It is lapping the circuit together with the 1000km race-winning 1959 DBR1 with British racing legend Sir Stirling Moss at the wheel. It is the most tangible expression yet of the brand’s year-long 2013 centenary celebrations.