Download Aston Martin AM-RB 003 Concept car wallpapers in 4K for your desktop, phone or tablet. All images belong to their respective owners and are free for personal use only. 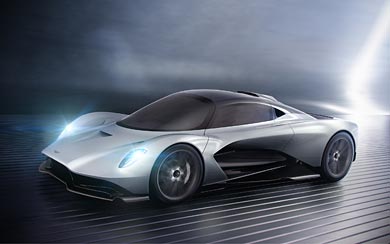 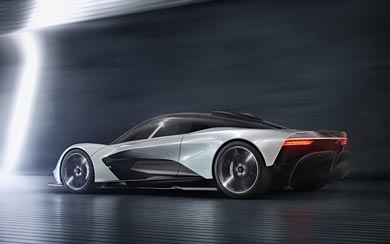 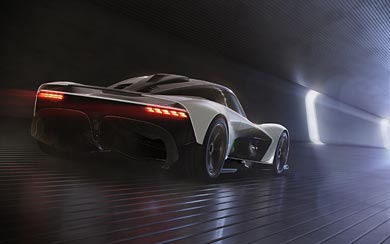 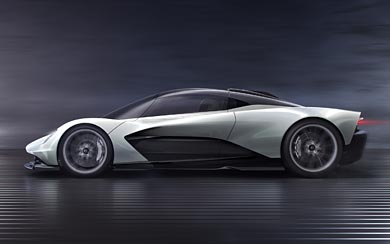 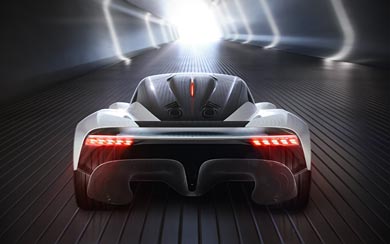 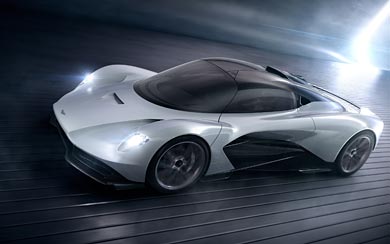 Aston Martin are set to join the hypercar race, with the AM-RB 003 concept previewing the next-generation hybrid that has been developed with close involvement of Red Bull Advanced Technologies. That partnership will see Red Bull taking charge of the aerodynamics, sculpting the bodywork of the car for maximum aero efficiency. Aston will then take care of the chassis development, powertrain and manufacturing. Previously known as Project 003, this is the third mid-engined car Aston Martin have produced after the Valkyrie and Valkyrie AMR Pro as the first two.

The engine will be an all new Aston designed twin turbo V6 combined with an electric motor and battery pack. Currently there are no specs known for this hybrid setup, but rest assured that the power and performance are aimed at competing with the likes of McLaren P1’s replacement. So very quick indeed. Much of the carbon fiber chassis will be based from the Valkyrie platform but with a more slightly more road friendly setup.