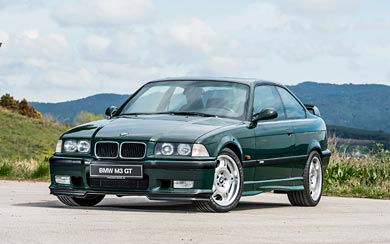 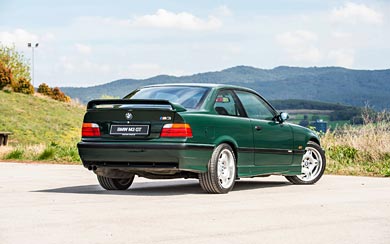 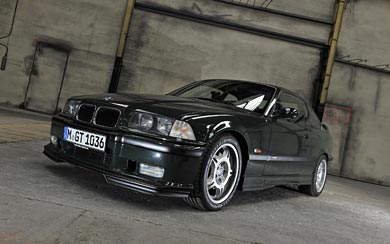 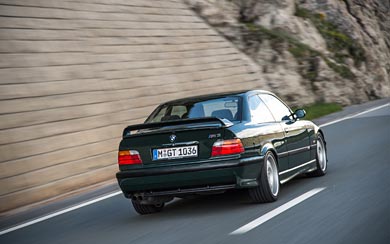 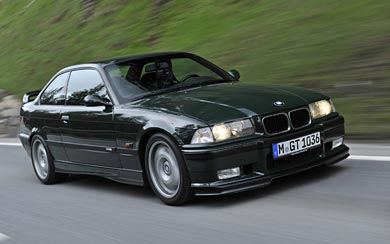 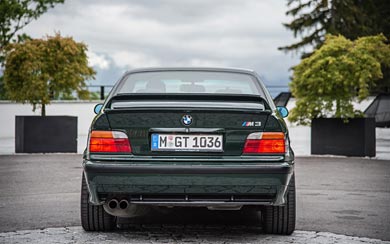 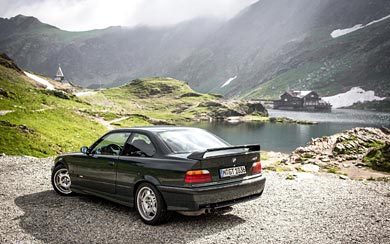 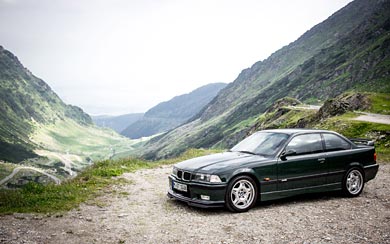 The M3 GT coupe was a limited-edition mainland Europe-only edition of which 356 were made; 50 were made in right-hand drive for the UK market and were built in 1995 February–June. Six prototypes were made in December 1994.

It is famous for being British Racing Green (#312) with a Mexico Green interior – a peculiar choice when the traditional German national racing colour is silver.

The BMW M3 GT was a homologation series special built to allow the E36 M3 to compete in the FIA-GT class II, IMSA GT and international long-distance races.

It differed from the standard M3 with a deeper, adjustable front splitter, higher rear double wing, doors in aluminium. Forged BMW Motorsport wheels, 17×7,5 in front and 17×8,5 in rear, stiffer suspension in front, x-brace and strut brace. Engine had raised compression (10,8:1), slightly changed intake and camshafts (264 deg duration), motorsport oil pump and double oil pickups in the special oil pan as well as special software for engine and VANOS, producing 295 bhp at 7100 rpm and 323 Nm at 3900 rpm. The M3 GT was around 30 kg lighter than the standard M3 and had a derestricted top speed of 275 kmh.