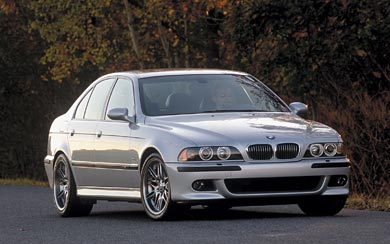 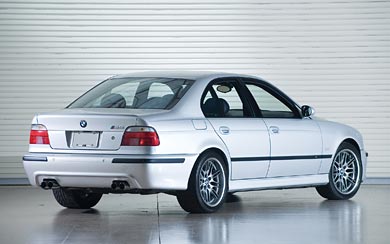 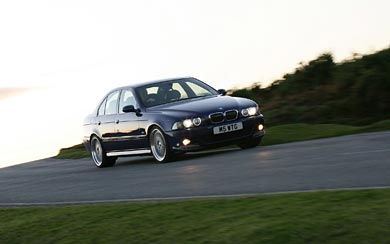 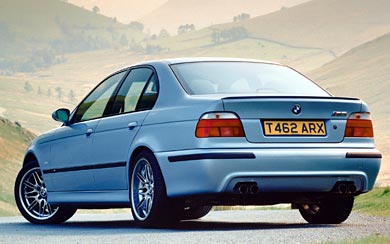 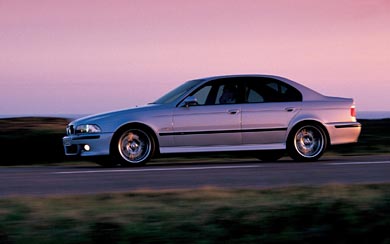 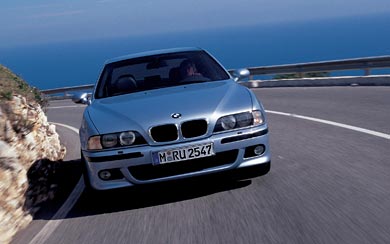 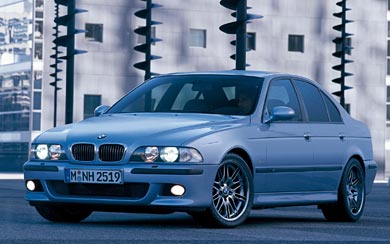 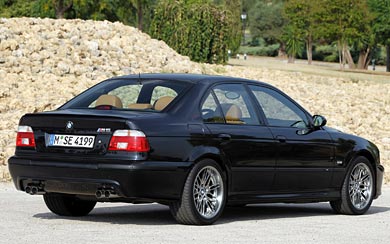 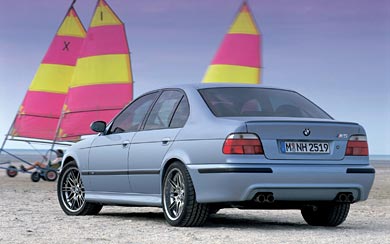 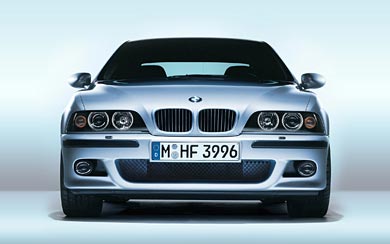 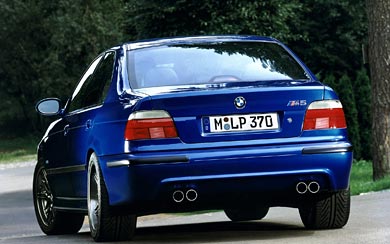 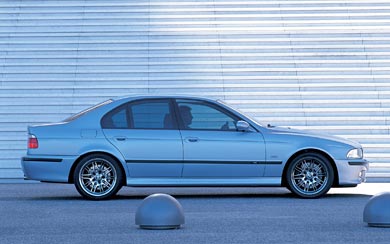 The E39 M5 had a significant increase in power and was produced in much greater numbers than the previous generations. Unlike its predecessors, the M5 was produced on the same assembly line as the regular 5-series models at the Dingolfing factory in Germany.

Like all V8-powered E39 models, the E39 M5 was equipped with a recirculating ball steering system, regarded as less tactile than the rack and pinion set up of other E39s. Overall steering ratio was reduced to 14.7 from 17.9. It featured a Servotronic vehicle-speed-sensitive power assist which provides two levels of resistance controlled via console mounted Sport button. The Sport button also adjusted the electronic throttle butterflies for faster throttle response. The E39 M5 is equipped with four-wheel vented disc brakes measuring 345 mm (13.58 in) in diameter in front and 328 mm (12.91 in) in diameter in the rear. On European-specification models, the rotors are of a “floating” two-piece design for reduced risk of cone distortion. Their lower unsprung weight improves ride quality and traction on bumpy surfaces as well. Anti-lock brakes, EML (fly-by-wire) throttle control and Dynamic Stability Control (DSC) were standard.