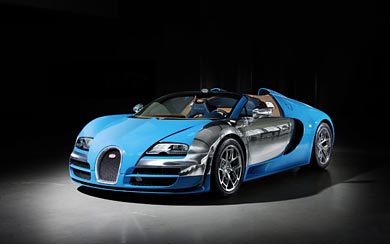 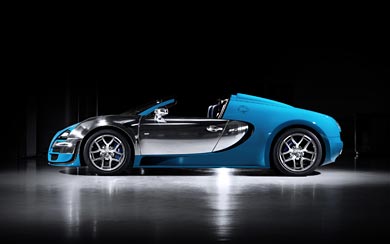 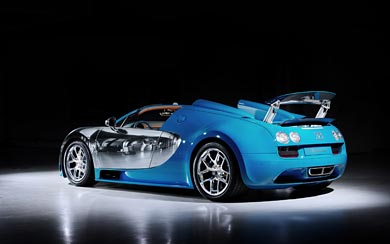 Bugatti presented the third model in its six-part edition “Les Légendes de Bugatti” at the 2013 Dubai International Motor Show. This Legend car, which like all cars in the series is based on the Veyron 16.4 Grand Sport Vitesse, pays homage to Meo Costantini. Costantini was a close friend of the company’s founder, Ettore Bugatti. He was the head of Bugatti’s factory race team for many years and was also a driver, winning the Targa Florio two times in the Bugatti Type 35, one of the most successful racing cars of all time.

Bartolomeo “Meo” Costantini, born in 1889, was the head of Bugatti’s racing team for eight years. He developed an interest in racing cars and began racing at an early age. It was after the First World War that he first came into contact with the Bugatti brand, when he was involved in modifying a Bugatti Type 13. This is the car that Meo would drive during his first races in 1920-21. It was through these races that Ettore Bugatti first became aware of the young Italian’s talents, and he invited him to Molsheim in 1923. The two developed a close bond, and Costantini worked for Bugatti as a racing driver and advisor from that time on. As a member of the factory team in 1925 and 1926, he won the most famous and important race in its time, the Targa Florio in Sicily. In 1926, he also drove to victory at the Spanish Grand Prix and the Grand Prix of Milan, and took second place in Monza. Shortly afterwards he ended his active racing career in order to manage the Bugatti racing team, a post which he held from 1927 until 1935. Costantini stayed at Bugatti until 1937.