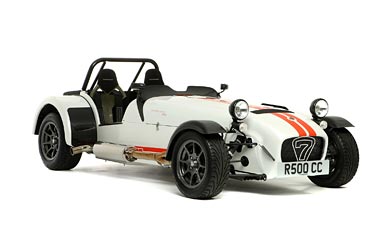 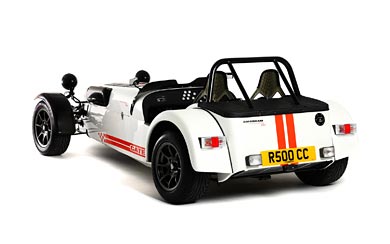 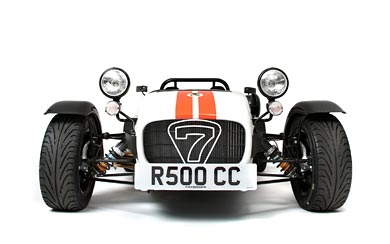 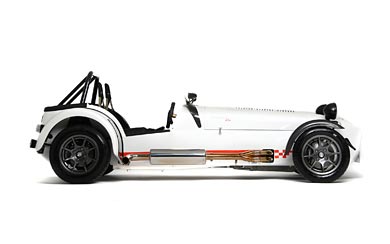 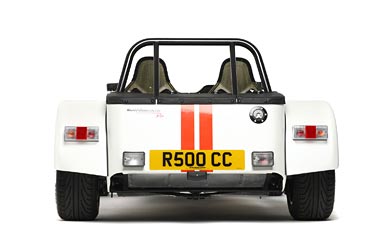 For those really serious about their driving, the famous supercar-slaying R500 moniker is back with the arrival of the all-new Caterham Seven Superlight R500. The latest model from the British sportscar manufacturer takes the minimalist, lightweight Seven philosophy to a new level with more power, sharper handling and for those venturing on track the option of launch control and the Caterham Motorsport engineered sequential gearbox.

Weighing just 506kg and producing 263bhp, Caterham R500 is the most potent race-tuned production Seven yet. The Series 3 chassis flagship model blasts out 520bhp-per-tonne and is capable of propelling itself from 0-60mph in 2.88 seconds, delivering a pure adrenalin fix for those committed enough to strap themselves into the Kevlar race seats.

Lurking under the lightened bonnet is the all-alloy 2.0 litre Ford Duratec engine. Fed by its roller barrel throttle bodies, the normally aspirated, four-cylinder mill is tuned by Caterham Powertrain (CPT) to unleash a monster; 263bhp with a heaving 177 lb-ft of torque transmitted to the rear wheels. The relentless acceleration is transmitted through each ratio by either the standard 6-speed gearbox or the optional Caterham Motorsport engineered sequential transmission.