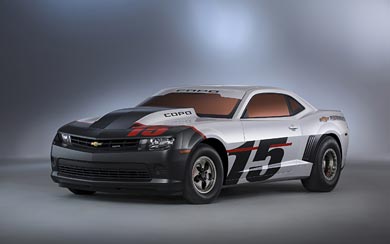 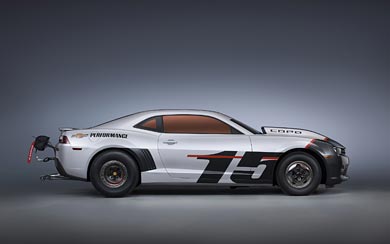 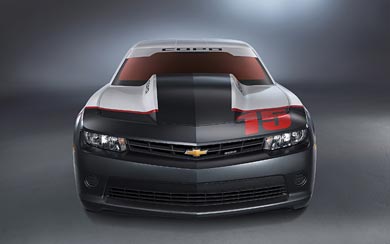 Chevrolet introduced the 2015 COPO Camaro at the 2014 SEMA Show. It’s the fourth edition of the limited-production, factory-built race car – and the final version for the Gen 5 Camaro. As with the previous three model years, only 69 will be built.

The new race cars will enter the 2015 racing season building on the momentum of COPO Camaro racer Bruno Massel’s historic win at last summer’s Chevrolet Performance U.S. Nationals, in Indianapolis. It was the first NHRA national event victory for a fifth-generation COPO Camaro and topped a roster of seven additional class wins by drivers in COPO Camaros or COPO-powered race cars.

In all, about three dozen COPO Camaros and COPO-powered race cars vied for wins at the U.S. Nationals, making it the largest assembly of COPOs to date.