Download Ford Focus WRC car wallpapers in 4K for your desktop, phone or tablet. All images belong to their respective owners and are free for personal use only. 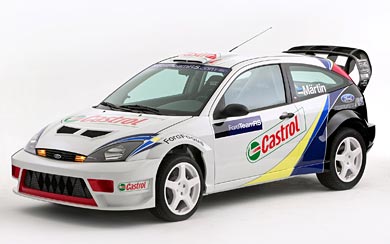 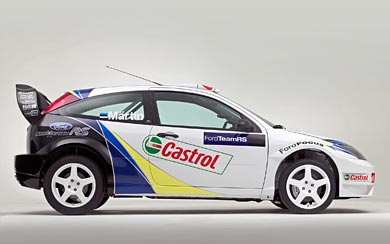 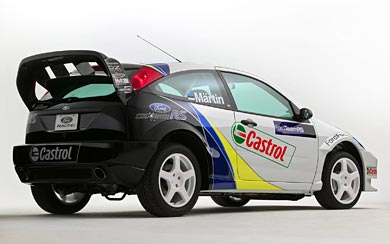 The Ford Focus RS WRC is a car built for the Ford World Rally Team by Ford Europe and M-Sport and based on the Ford Focus Climate 2-litre production hatchback, developed to compete in the World Rally Championship. The RS stands for Rallye Sport and the WRC for World Rally Car, the car's FIA specification. The Focus RS WRC was in competition from 1999 to 2010, winning 44 world rallies and two manufacturers' world titles (2006 and 2007). It was replaced by the Ford Fiesta RS WRC.

Like all contemporary World Rally Cars, the car is heavily modified from the production version, with which it shares only the basic shape and some parts of the bodyshell. The car features four-wheel drive, rather than the front-wheel drive of the road car. The engine used in the 2007 Focus WRC is based on Ford's 2.0 Litre Duratec from other models in the Focus range as rallying rules do not permit the standard 2.5-litre engine of the Focus ST or road going RS.