Download Sauber Formula 1 car wallpapers in HD for your desktop, phone or tablet. All images belong to their respective owners and are free for personal use only. 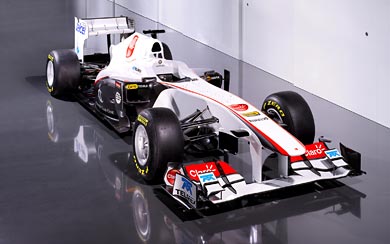 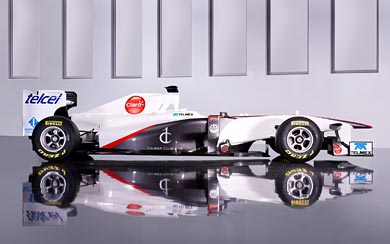 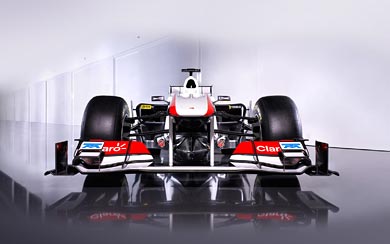 The Sauber C30 is a Formula One racing car developed by Sauber Motorsports for use in the 2011 Formula One season. As with the Sauber C29 the car is powered by a Ferrari engine, but with added capability to house Ferrari’s customer KERS system.

After running a near-blank livery in 2010, the team has acquired several sponsors including Jose Cuervo, and has had an investment from Telmex owner Carlos Slim. Some 2010 sponsors, including Mad Croc Energy, have returned. The car is being driven by Kamui Kobayashi and Mexican newcomer Sergio Pérez. The car was unveiled on 31 January 2011 at the Circuit Ricardo Tormo in Valencia, Spain. On the following day, Kobayashi became first to test the car.