Download Mercedes Formula 1 car wallpapers in HD for your desktop, phone or tablet. All images belong to their respective owners and are free for personal use only. 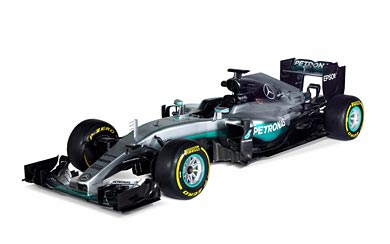 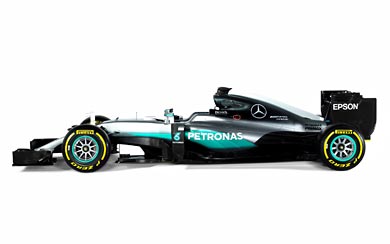 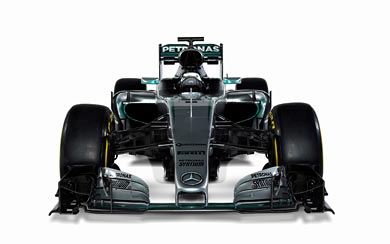 The Mercedes F1 W07 Hybrid was a highly successful Mercedes-Benz Formula One racing car designed and developed under the direction of Aldo Costa, Geoff Willis and Paddy Lowe, to compete in the 2016 FIA Formula One World Championship. The cars were driven by 2008, 2014 and 2015 World Drivers’ Champion Lewis Hamilton, and Nico Rosberg, both of whom remained with the team for a fourth and a seventh season, respectively. In addition, it was the last Formula One car driven by Rosberg, following his announcement on his retirement from the sport after clinching his first World Drivers’ Championship title.

The chassis was named “F1 W07 Hybrid” to represent the seventh Formula One car that Mercedes had constructed since 2010, while the hybrid was marked to recognize the utilization of fully integrated hybrid power units.[15] The car made its competitive debut at the 2016 Australian Grand Prix, the opening round of the 2016 season. After participating 20 rounds of grand prix racing, the car made its final competition appearance at the season finale race – 2016 Abu Dhabi Grand Prix, before retirement.

With a total of 19 wins, 20 pole positions, 33 podium finishes and a total of 765 constructors championship points in a single season, the F1 W07 Hybrid is statistically the second most dominant Formula One car in the history of the sport with a win percentage of 90.47% against the sport’s most dominant car, the 1988 McLaren MP4/4 with a record of 93.75%.