Download Mercedes-AMG W10 Formula 1 car wallpapers in 4K for your desktop, phone or tablet. All images belong to their respective owners and are free for personal use only. 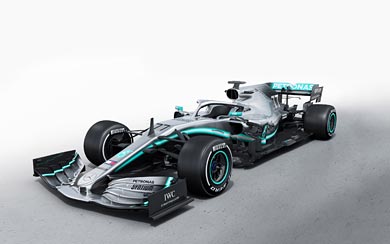 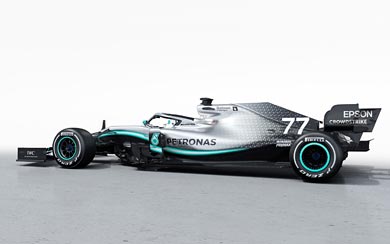 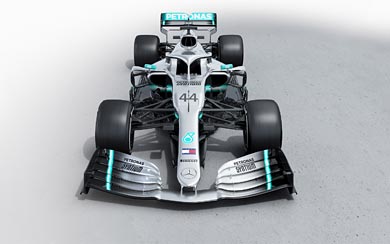 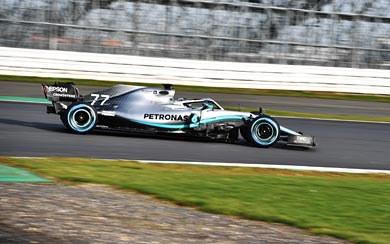 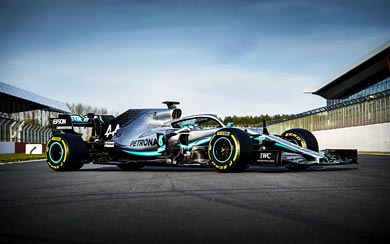 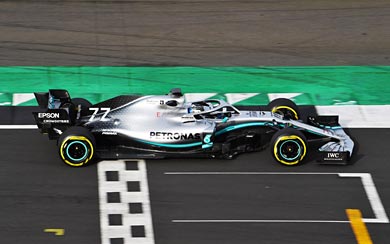 The all conquering Mercedes AMG Formula 1 team have revealed their W10 2019 car, can any other team knock them off their perch? With Lewis Hamilton winning four out of the last five championships, he has cemented his place as one of the all time great drivers in Formula 1. Whilst doing so, Mercedes AMG have also enjoyed one of the most successful eras of any F1 team since the inception of the sport. 2019 could see the team win their sixth straight constructors title, it’s no wonder some are calling the sport Formula Mercedes.

The 2019 driver line-up remains unchanged with Hamilton paired with Valtteri Bottas for another year. Bottas was always going to be challenged by Hamilton, but many hoped his performances would stack up a bit better. Will this season provide a good inter team battle between the two, or will Hamilton be free to concentrate on rival Vettel in the Ferrari.

The Petronas lead livery for 2019 has been slightly updated with the silver base colour lightened and the coloured lines along the side of the car simplified down to a single larger element.